Original Painting Of a snowy Malvern By Olwen Tarrent.

Painted on canvas and framed in a contemporary wooden golden frame. Shipping will be with a personal courier within the UK included in the price.

A fabulous painting in the post impressionist style. Showing a very snowy scene with the Malvern Hills in the background. The artist has captured the scene beautifully with the light bouncing off the snow in the foreground. Possibly it’s late afternoon when the sun casts a stunning light over freshly fallen snow.

The beautiful Malvern hills rise up over the town in the background. The town looks still and calm as only it can be on such a snowy day all the town folk trying to keep warm in their homes.

A lovely painting from this accomplished last artist who’s work will only increase in value as time goes by. 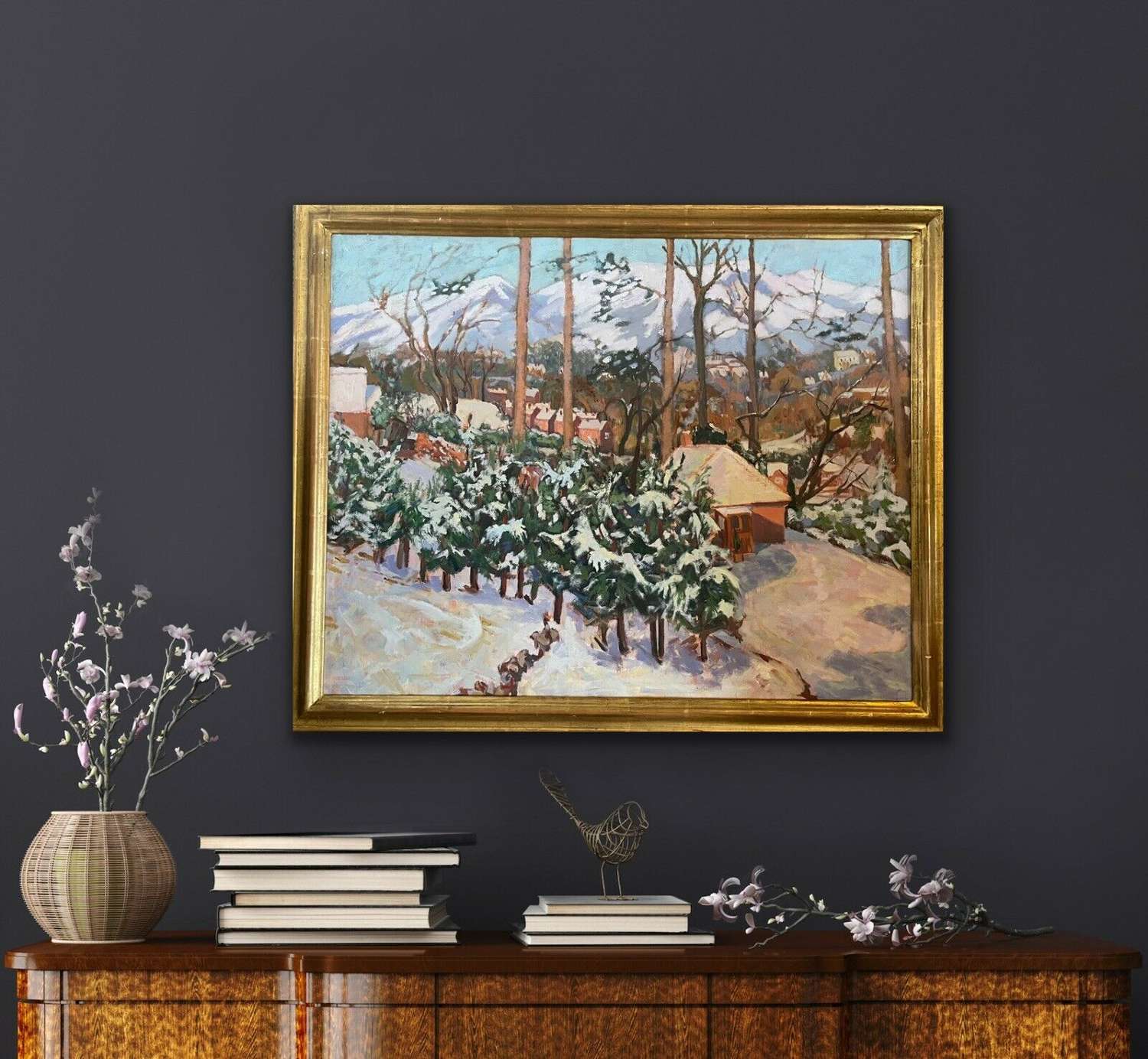 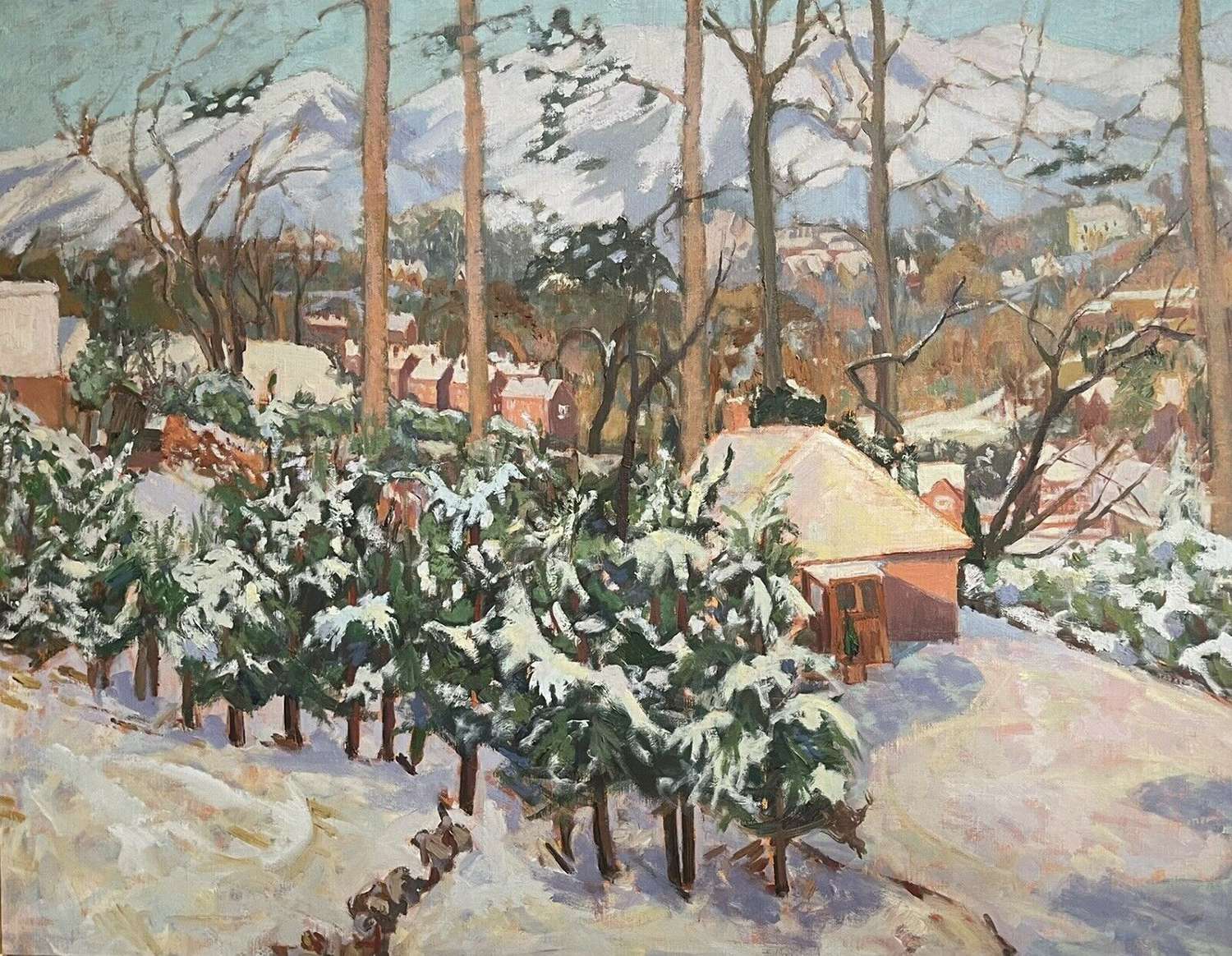 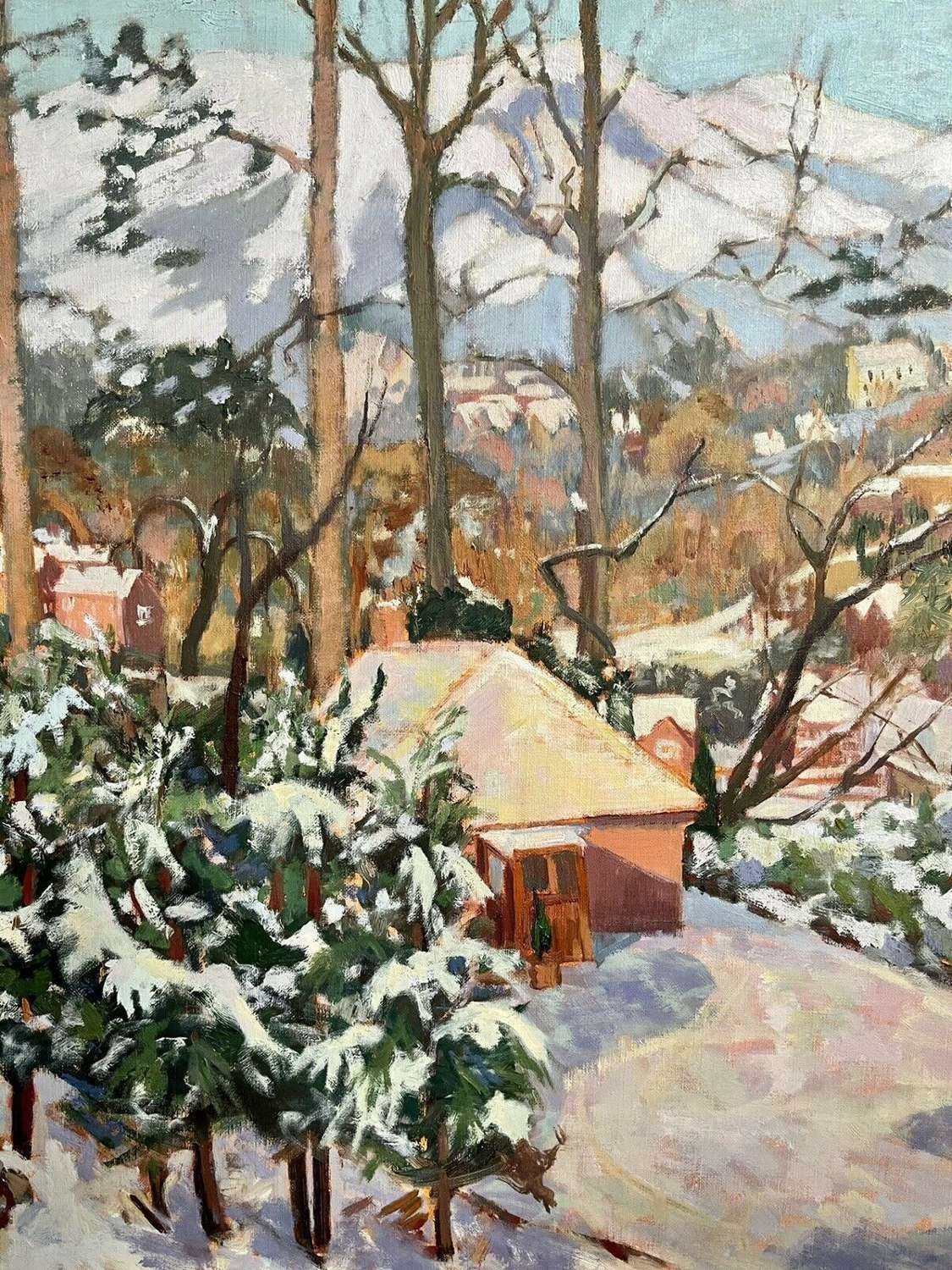 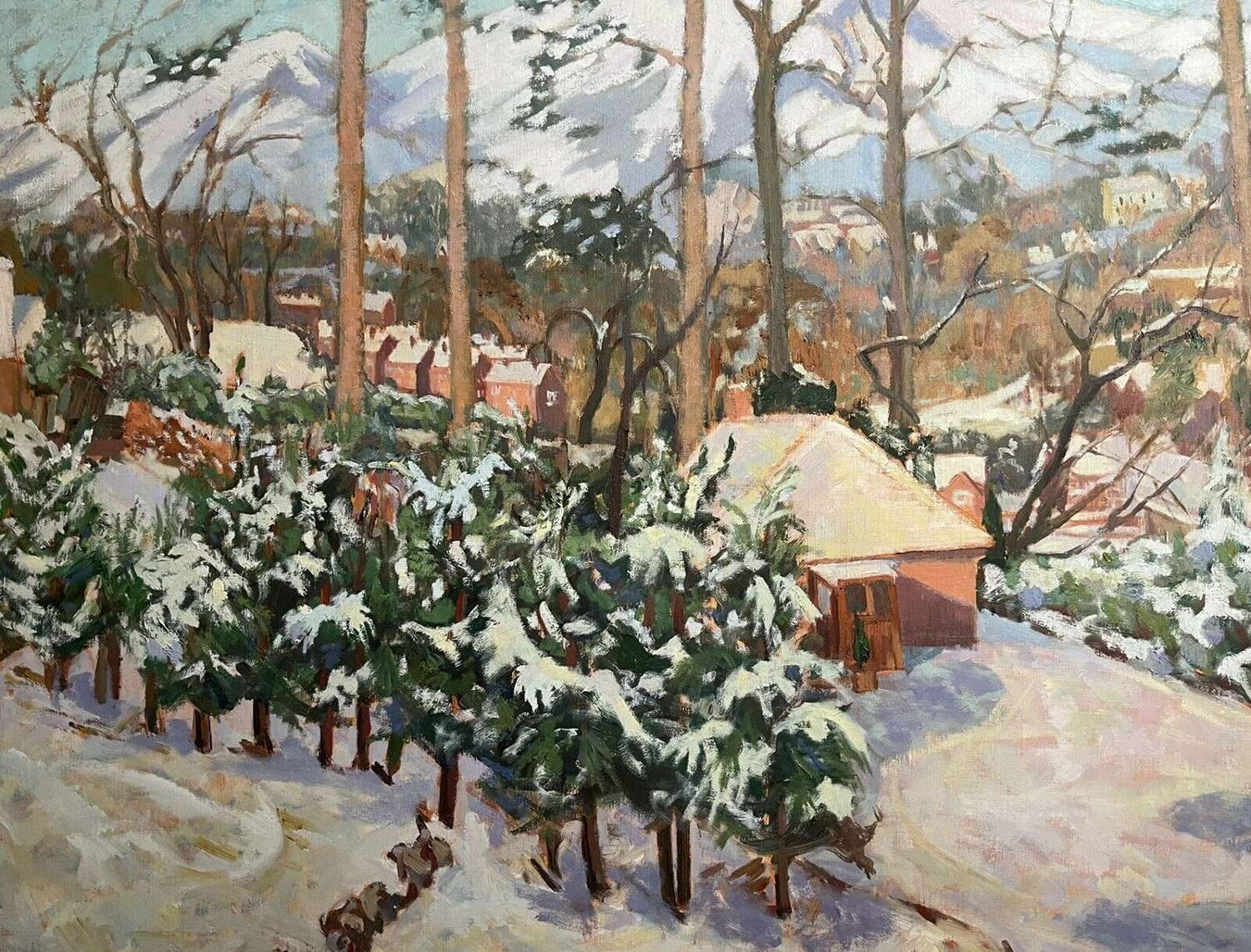 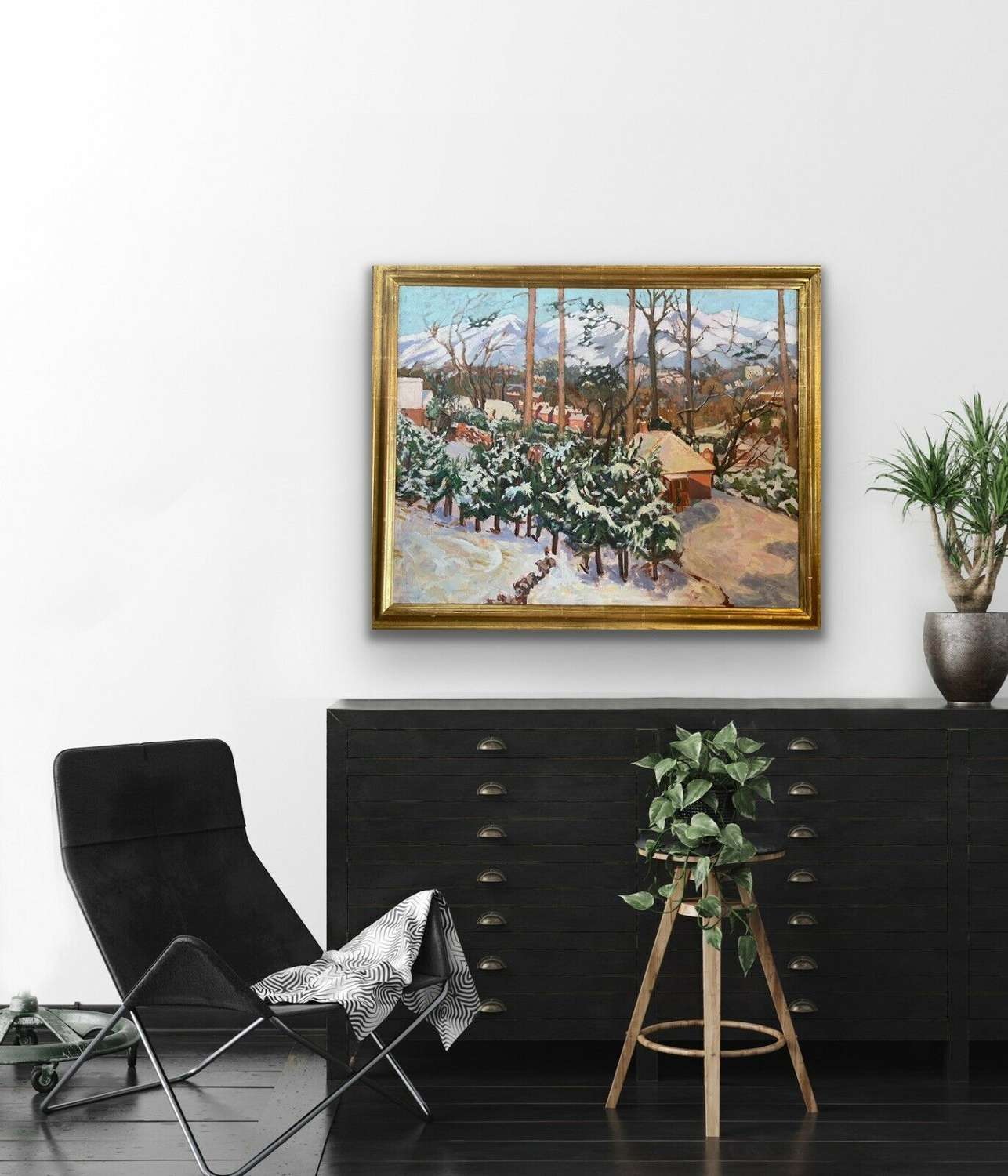 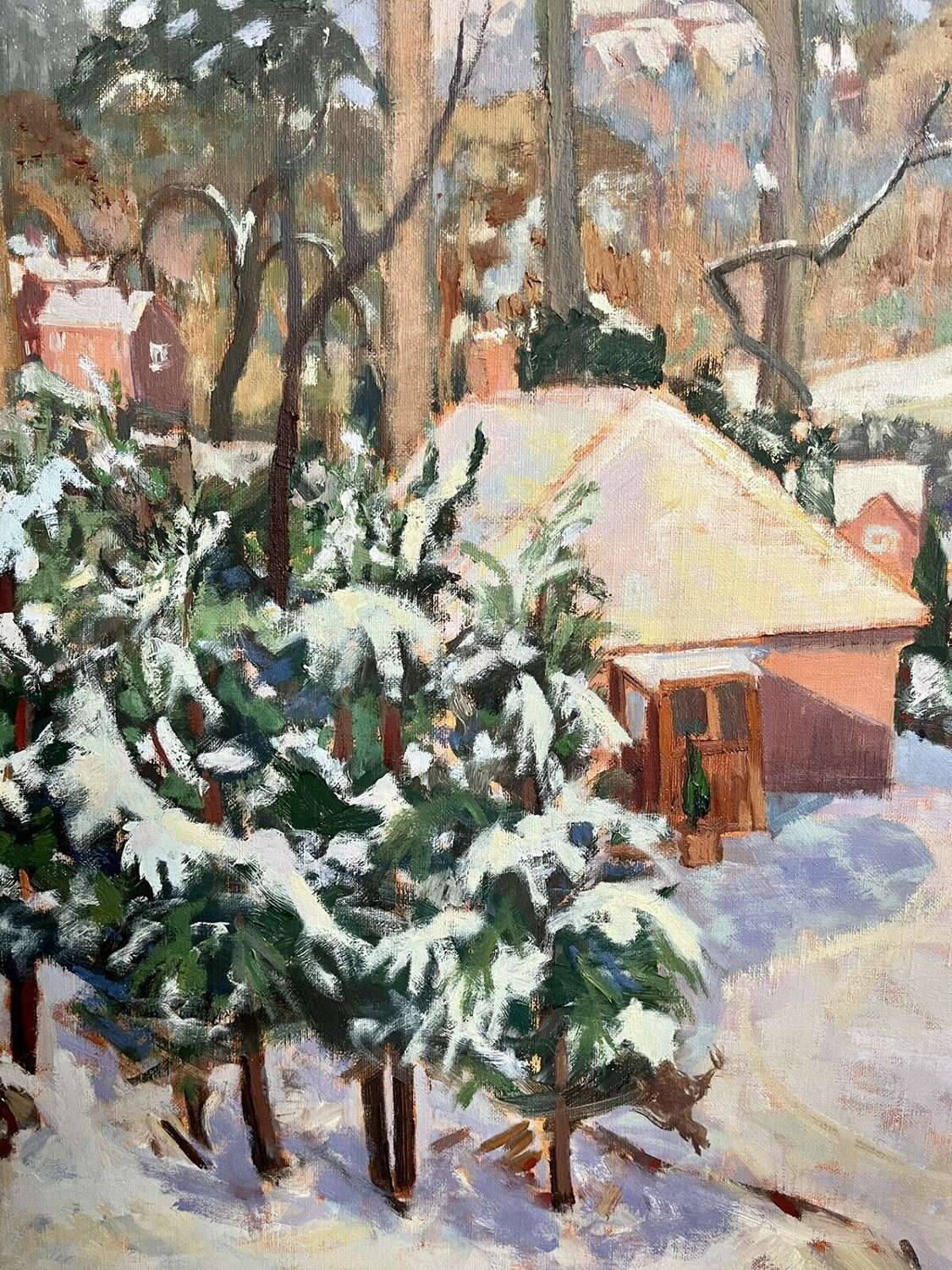 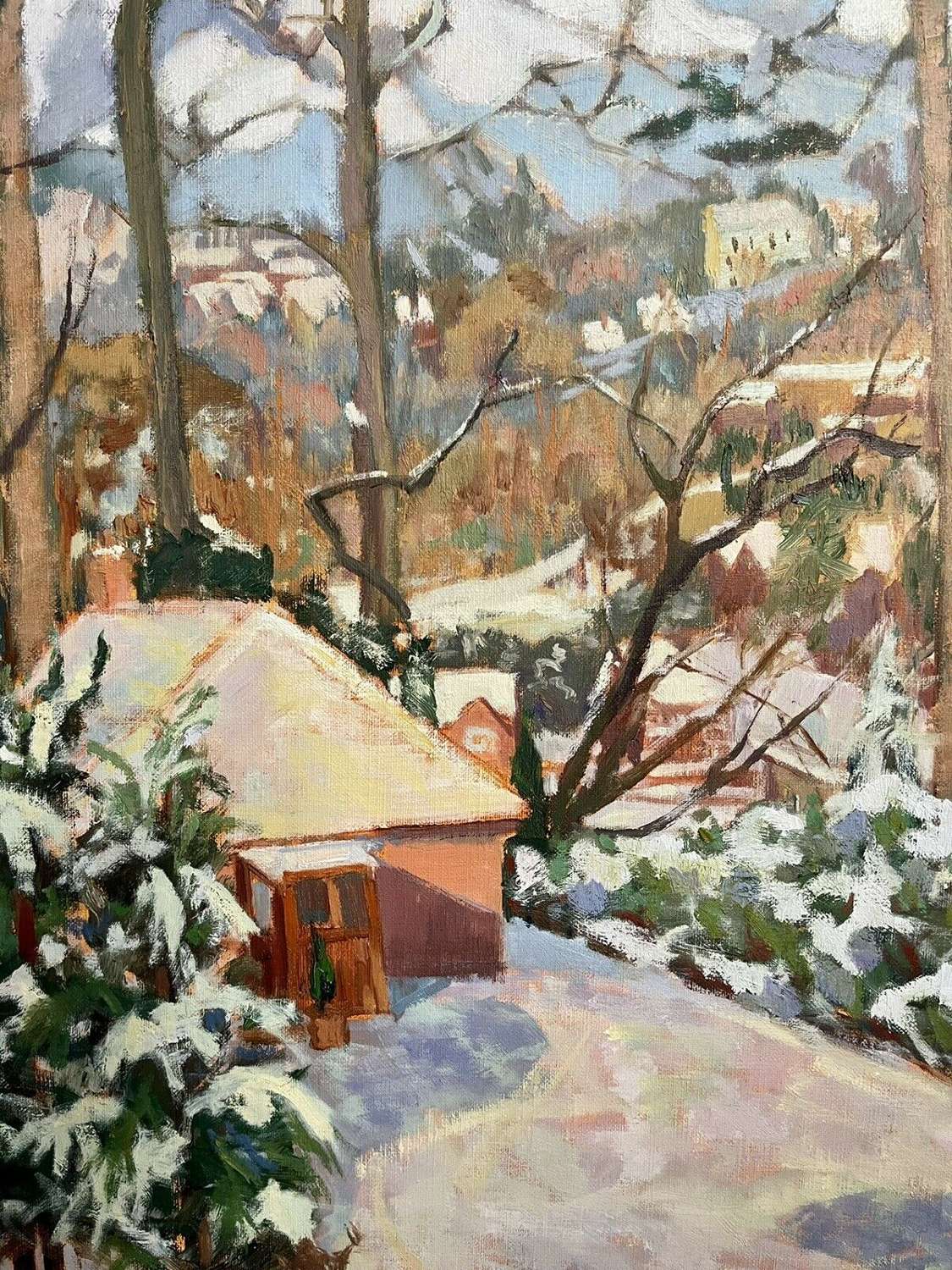 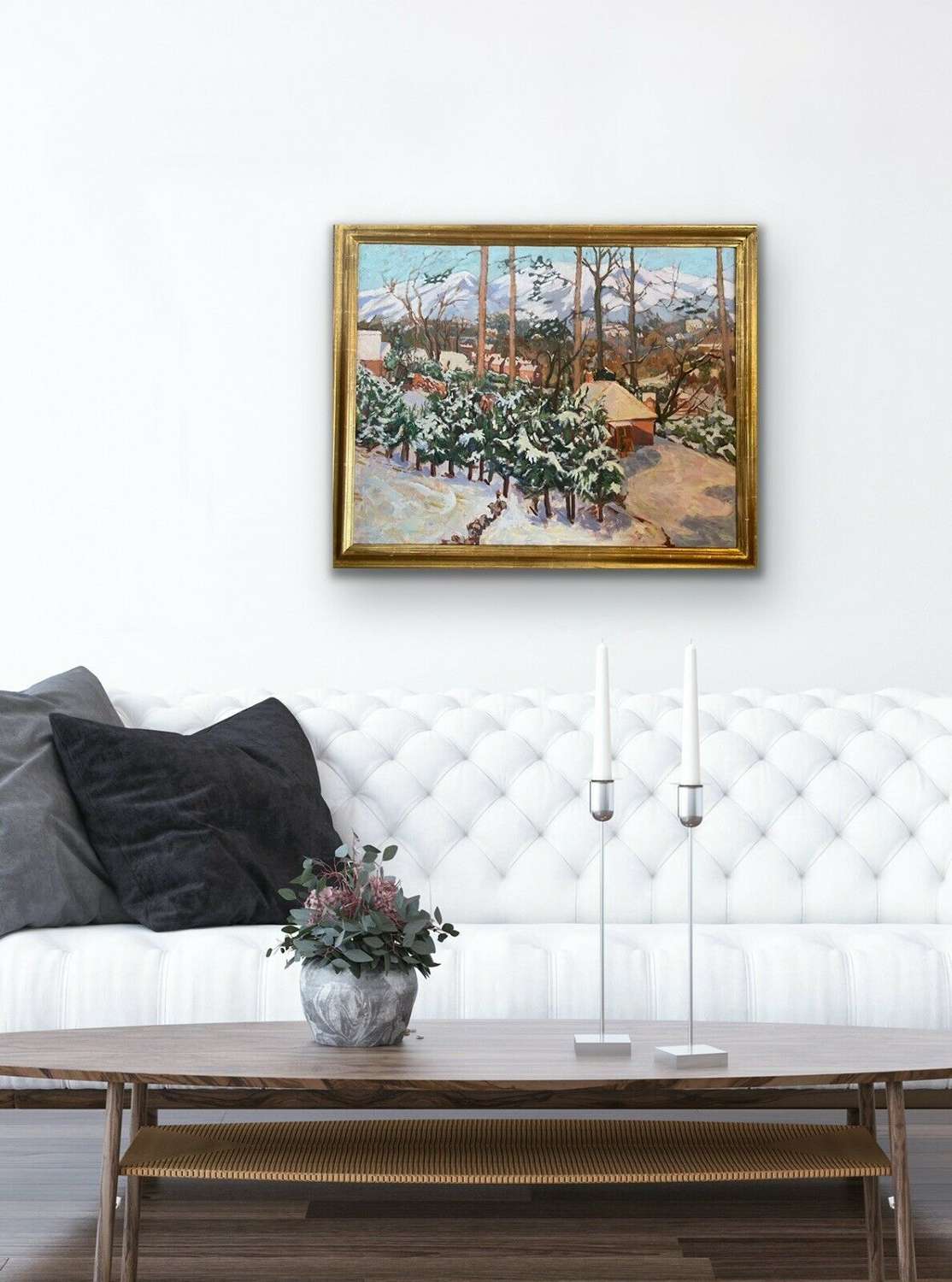