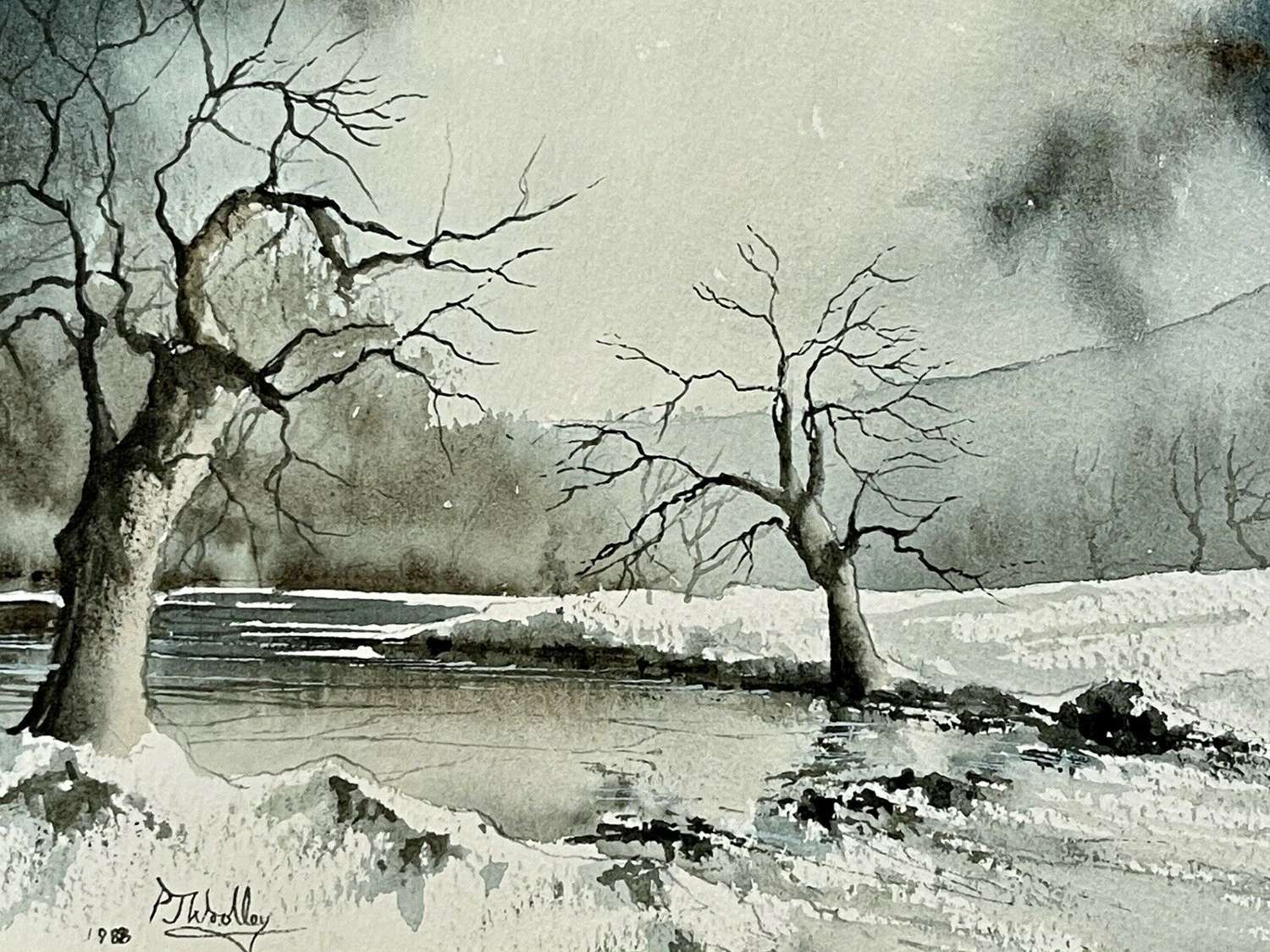 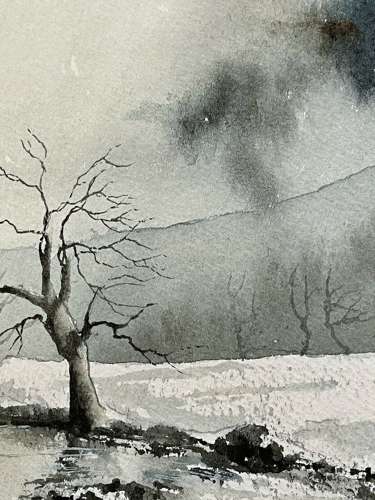 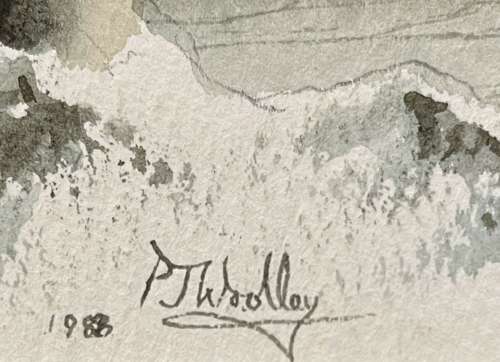 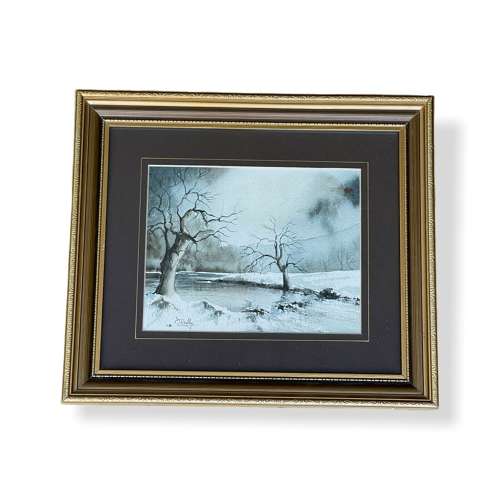 This is a charming original watercolour painting. Mounted and framed in a wooden contemporary frame. Painted on paper. Lovely condition ready to hang.

Peter Woolley was born in Derby in 1960. He was educated at Spondon Comprehensive School, where he received Art tuition from the late Wilfred Ball. Leaving school at 16, he worked for 6 years at Rolls Royce in Derby, ultimately as an Assistant Buyer. He left the company in 1982 to more fully pursue his interests in music and painting.

A bad experience with a gallery reinforced his desire to have as complete control over the sales of his work as possible, resulting in his first one-man exhibition at the Guildhall in Derby in February 1983. After early experimentation with subject and medium, he settled for the pure watercolour style he now employs. He began painting full-time in December 1986.

In June 1991, Peter presented his Pennine Way Exhibition, a collection of 50 finished paintings and a portfolio of working sketches depicting Britain's first official Long Distance footpath. He has since repeated his success with the Coast to Coast, Three Peaks and West Highland Way Exhibitions, and much of his subsequent work has been, in some way, directly related to his experiences on walking/backpacking expeditionsPeter Woolley's original work can be found in private collections throughout the world, and many paintings have been published as Limited Edition prints and Art cards.

Peter has also written many bestselling book to help students paint and regularly appears on TV.