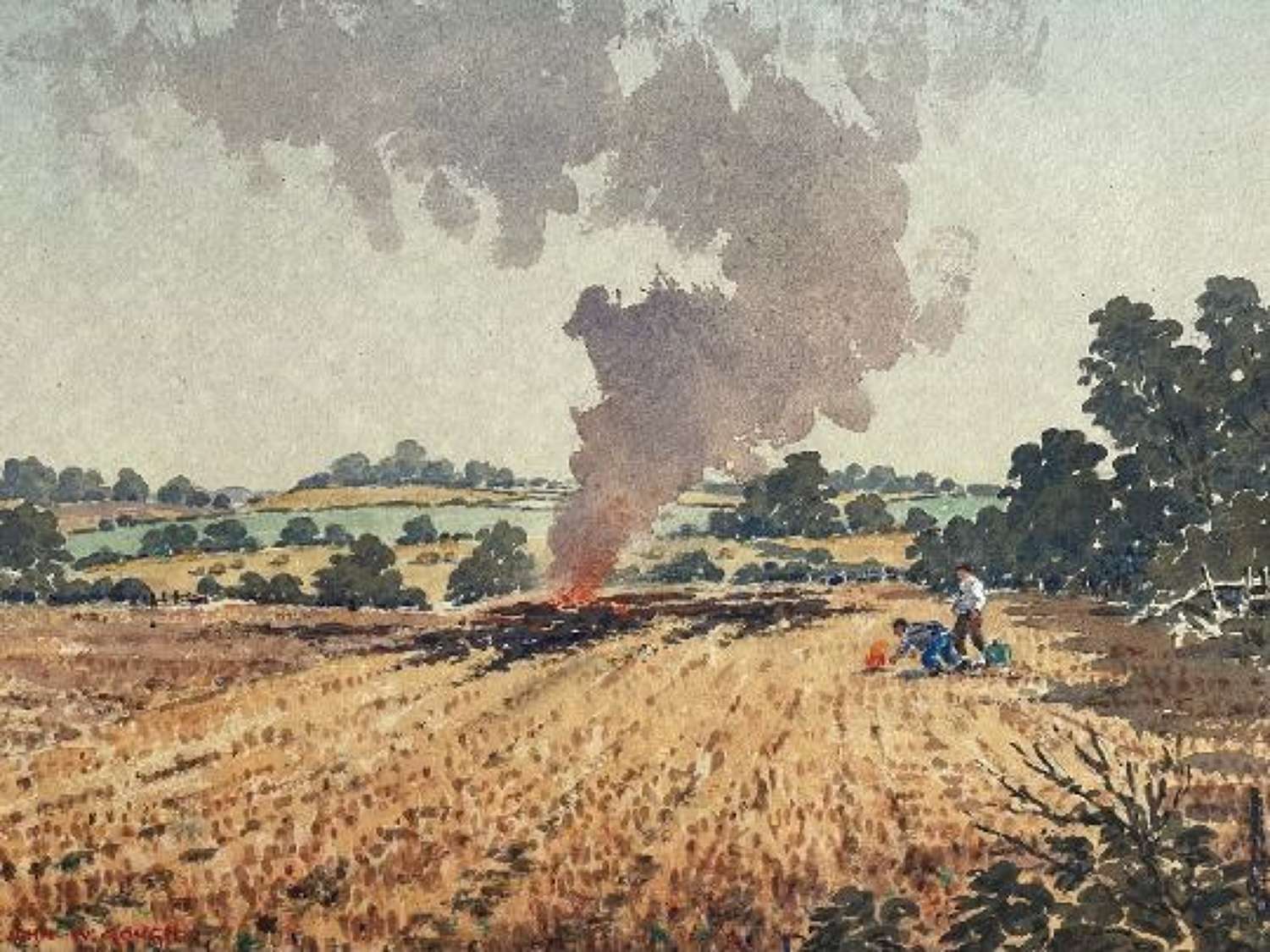 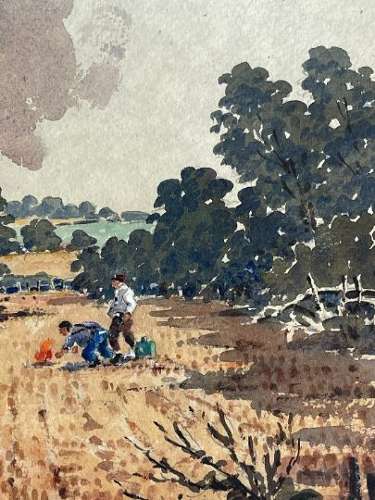 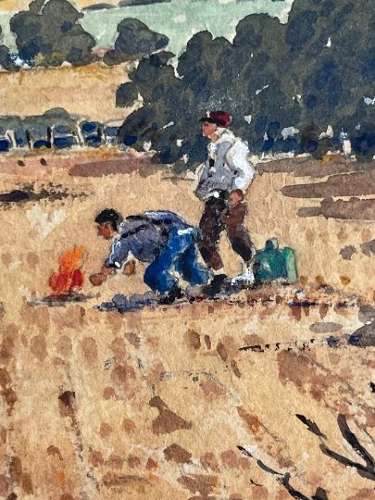 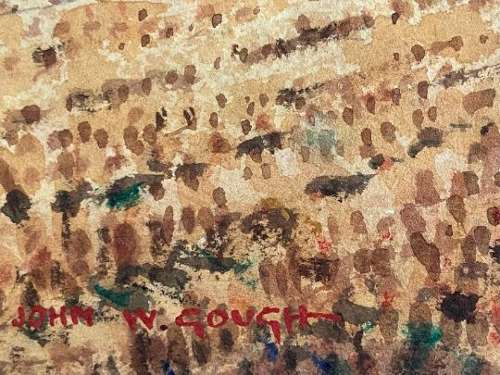 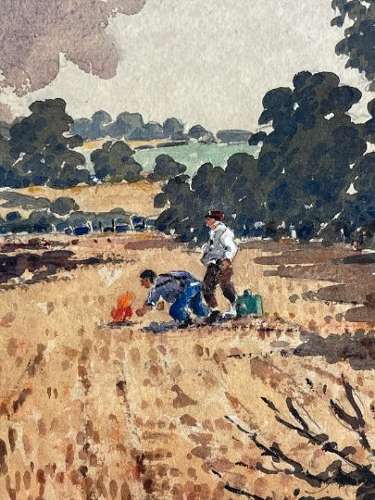 In Worcestershire Burning the  stubble

A superb original watercolour painting by this competent artist.
We have a typical autumn scene set in the beautiful countryside of Worcestershire.The painting shows a field of stubble with the farmers burning off the remains of this year‘s harvest.

The smoke rises up across the fields into a cloudless sky. The two farmers can be seen at the edge of the field lighting the fire. A really well painted picture that conjures up the autumnal late summer feeling perfectly.