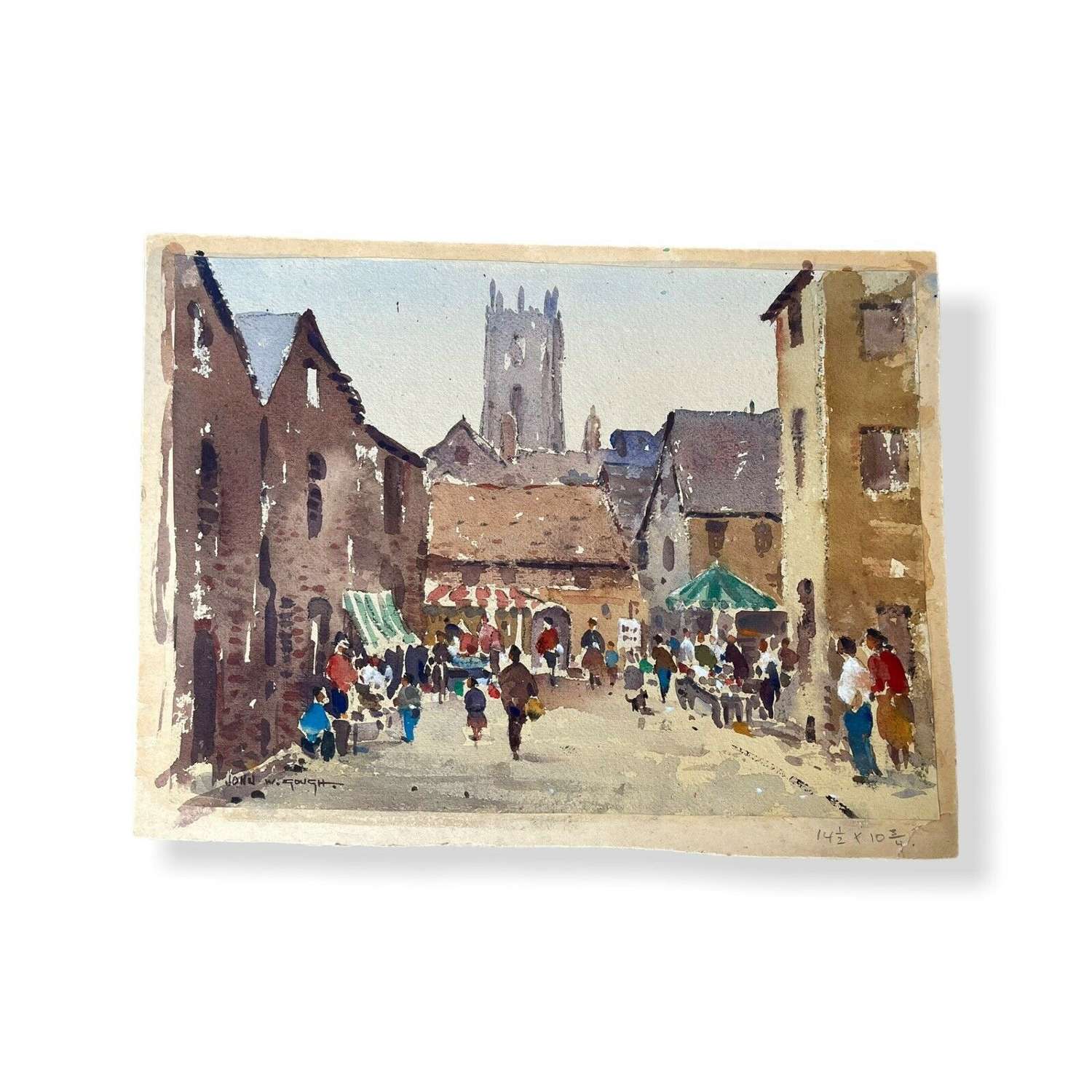 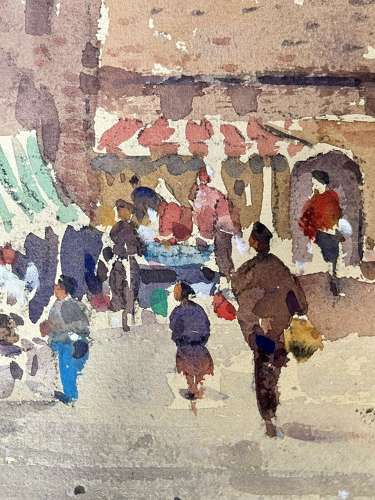 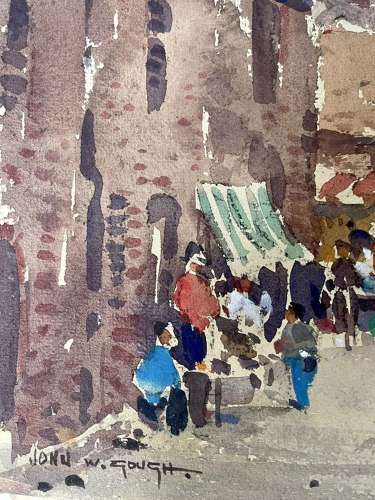 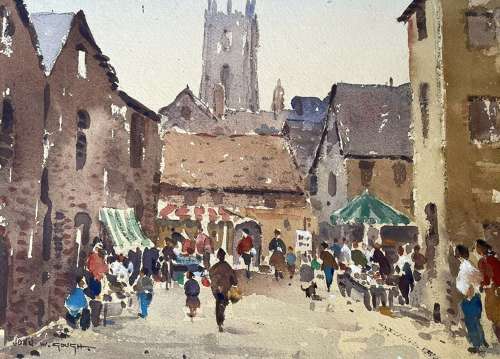 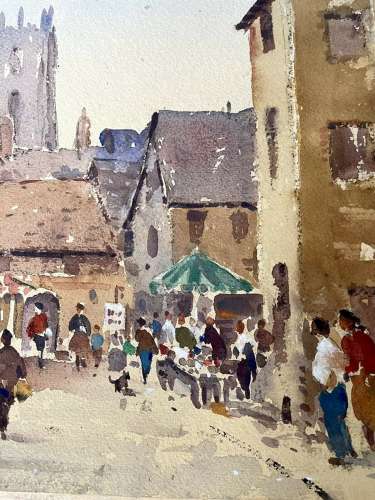 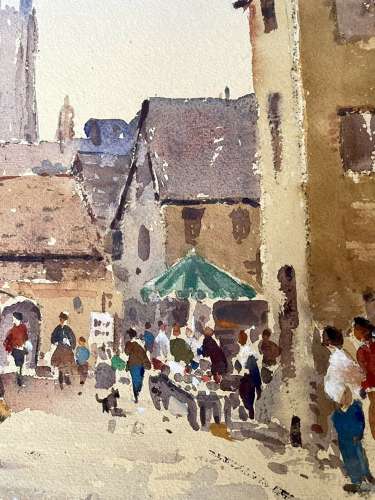 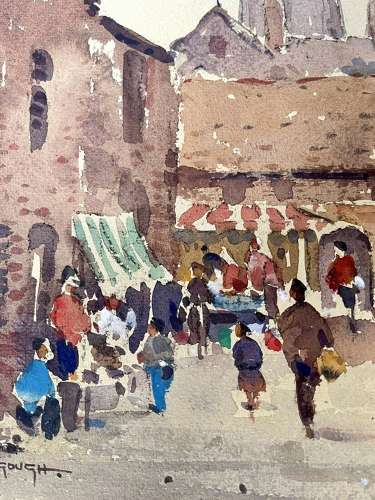 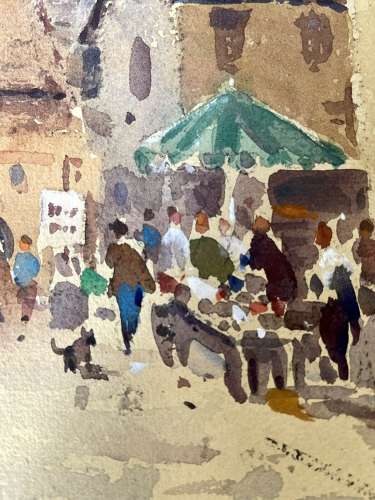 A superb original watercolour painting. Showing a typical French market day with locals buying their provisions. A charming relaxed painting that transports you back to a lovely peaceful afternoon in rural France. The style of the people is particularly interesting and they all have their own unique characters even tho they are painted very simply, there is even a little dog trotting along behind his owner.