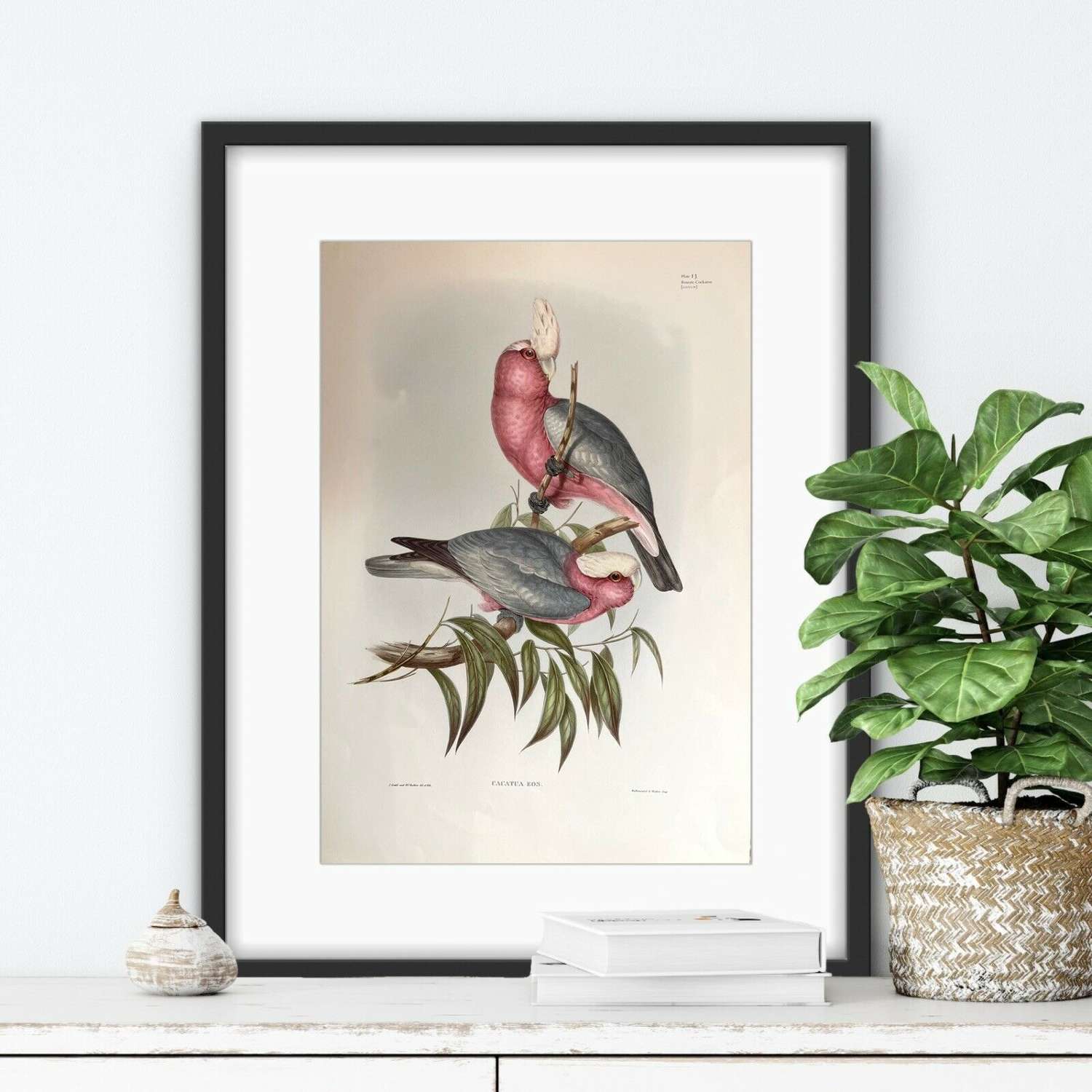 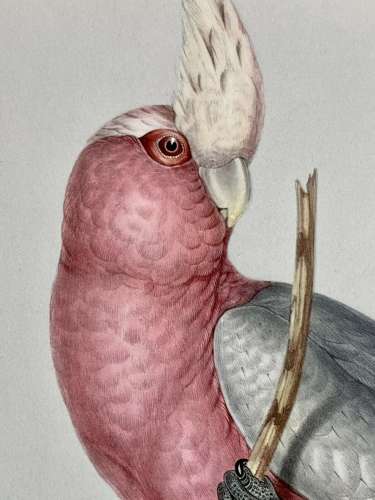 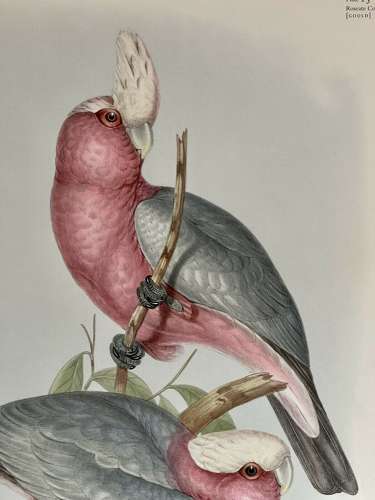 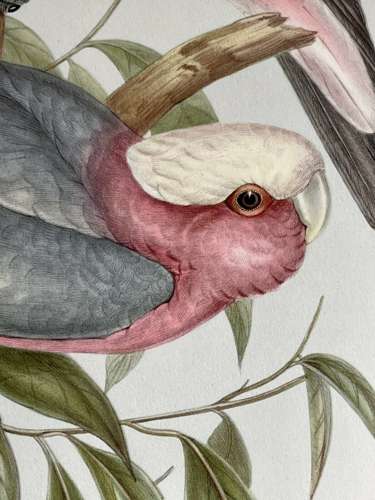 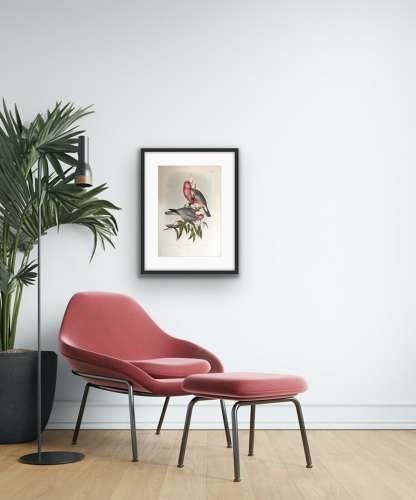 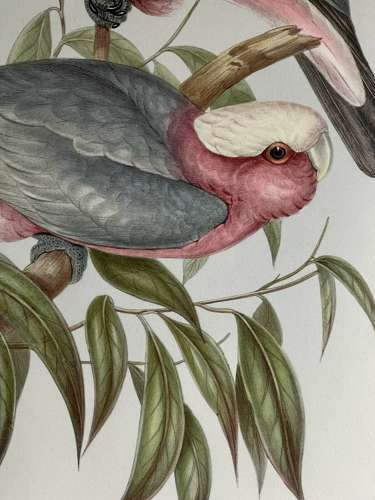 John Gould FRS ( 14 September 1804 – 3 February 1881) was an English ornithologist. He published a number of monographs on birds, illustrated by plates produced by his wife, Elizabeth Gould, and several other artists, including Edward Lear, Henry Constantine Richter, Joseph Wolf and William Matthew Hart. He has been considered the father of bird study in Australia and the Gould League in Australia is named after him. His identification of the birds now nicknamed "Darwin's finches" played a role in the inception of Darwin's theory of evolution by natural selection. Gould's work is referenced in Charles Darwin's book, On the Origin of Species.

This is a large plate from the 1940s republished after the 19th Century Originals printed by Hullmandel and Walton London.

Good condition UNFRAMED the framed image is for illustration only.

We will send this plate rolled in a tube for safe delivery.