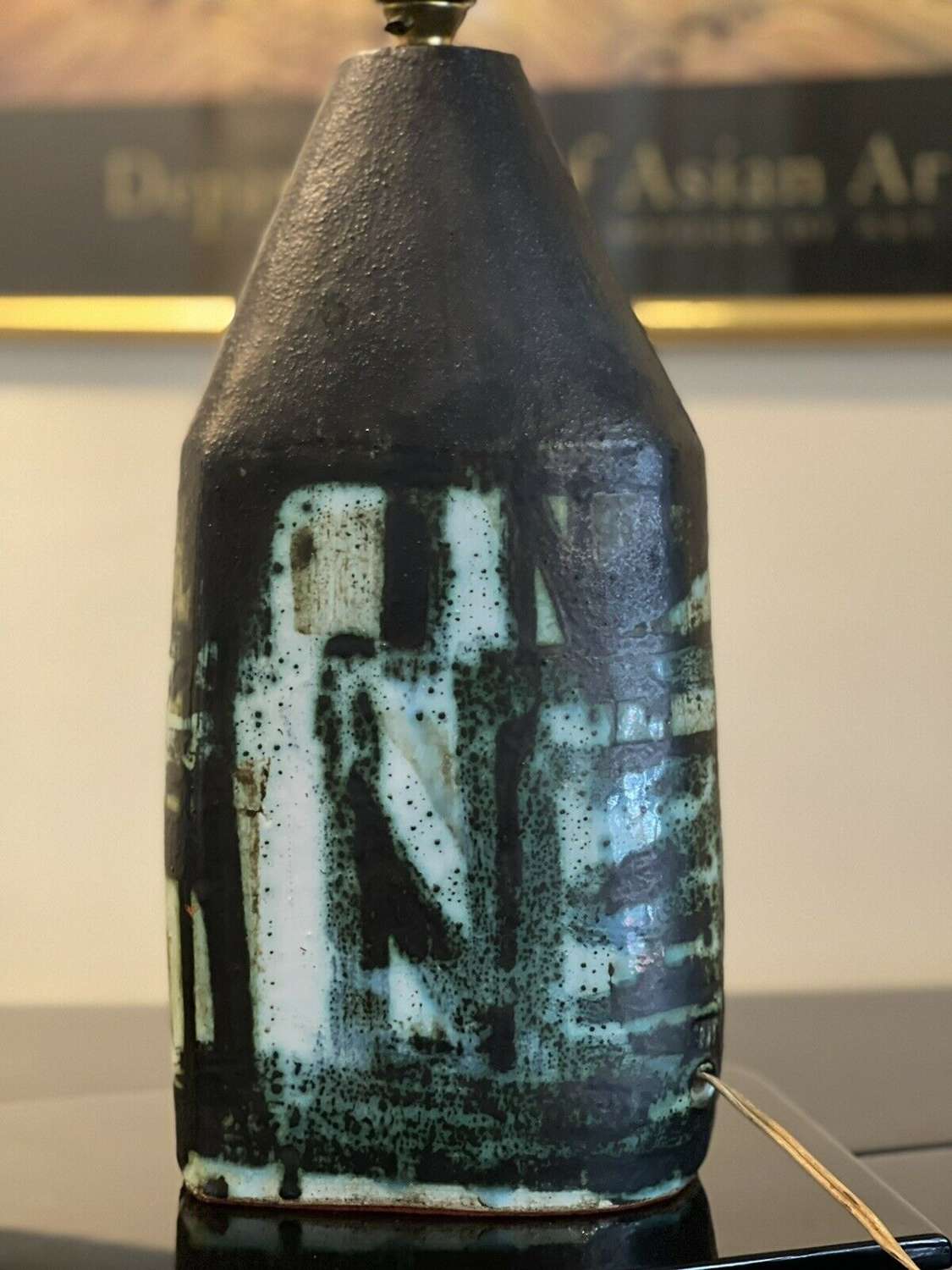 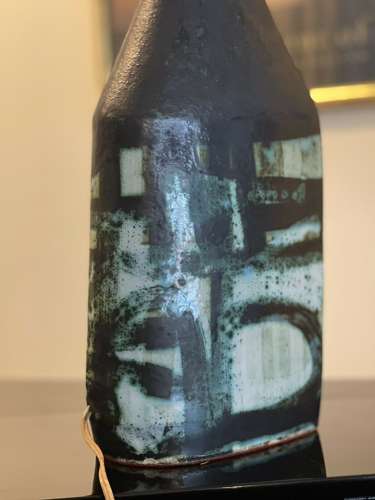 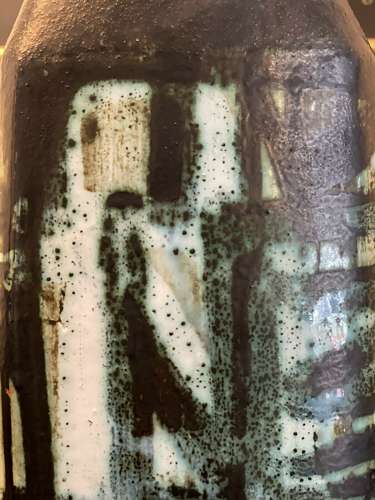 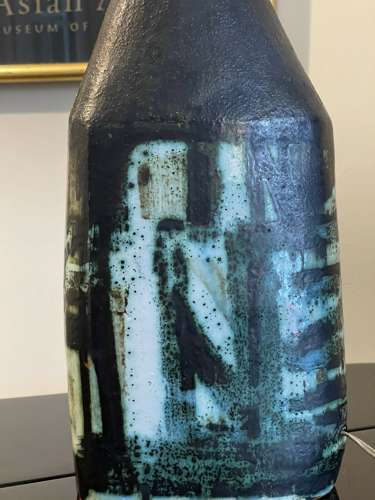 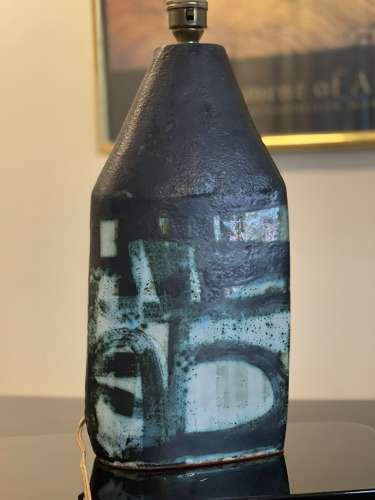 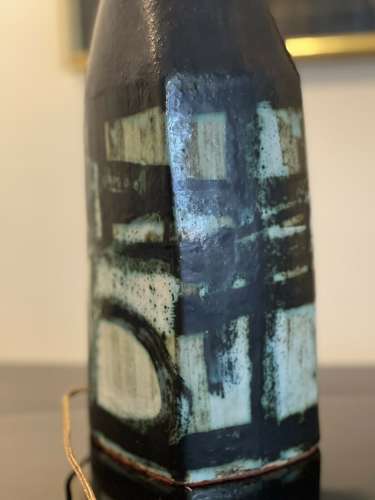 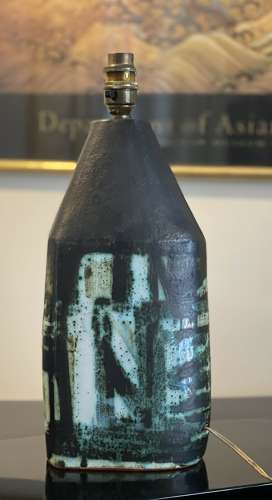 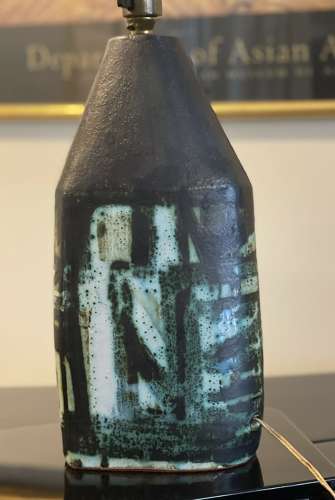 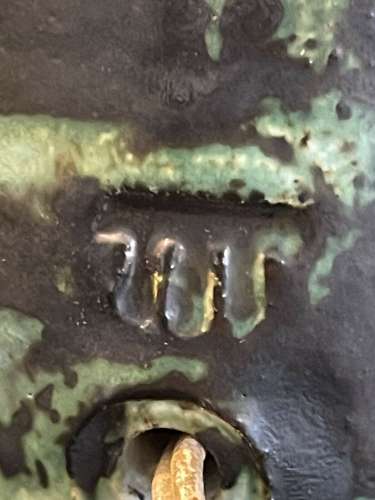 A superb vintage lamp base with a stunning glaze and style. Clear echoes of the Cornish coast line where this pottery was made during the late 60's and 70's.

Nice overall condition no damage. Original fittings so we are selling this as a lamp base and would advise a re wire to bring it up to today’s standards.

The Tremaen pottery was established in 1965 in Marazion, Cornwall by Peter Ellery, the brother of Brenda Wootton, the Cornish poet and folk singer.

Ellery was not a potter, having trained as an artist at Bath College. Despite this, his unconventional style became a commercial success and in 1967 the pottery moved to Newlyn in order to expand its workforce to 12. However, by 1988 the economic situation made Ellery decide to close the pottery.

The lamps made here are becoming increasingly rare and they fit so perfectly into modern homes. The designs were way ahead of their time.