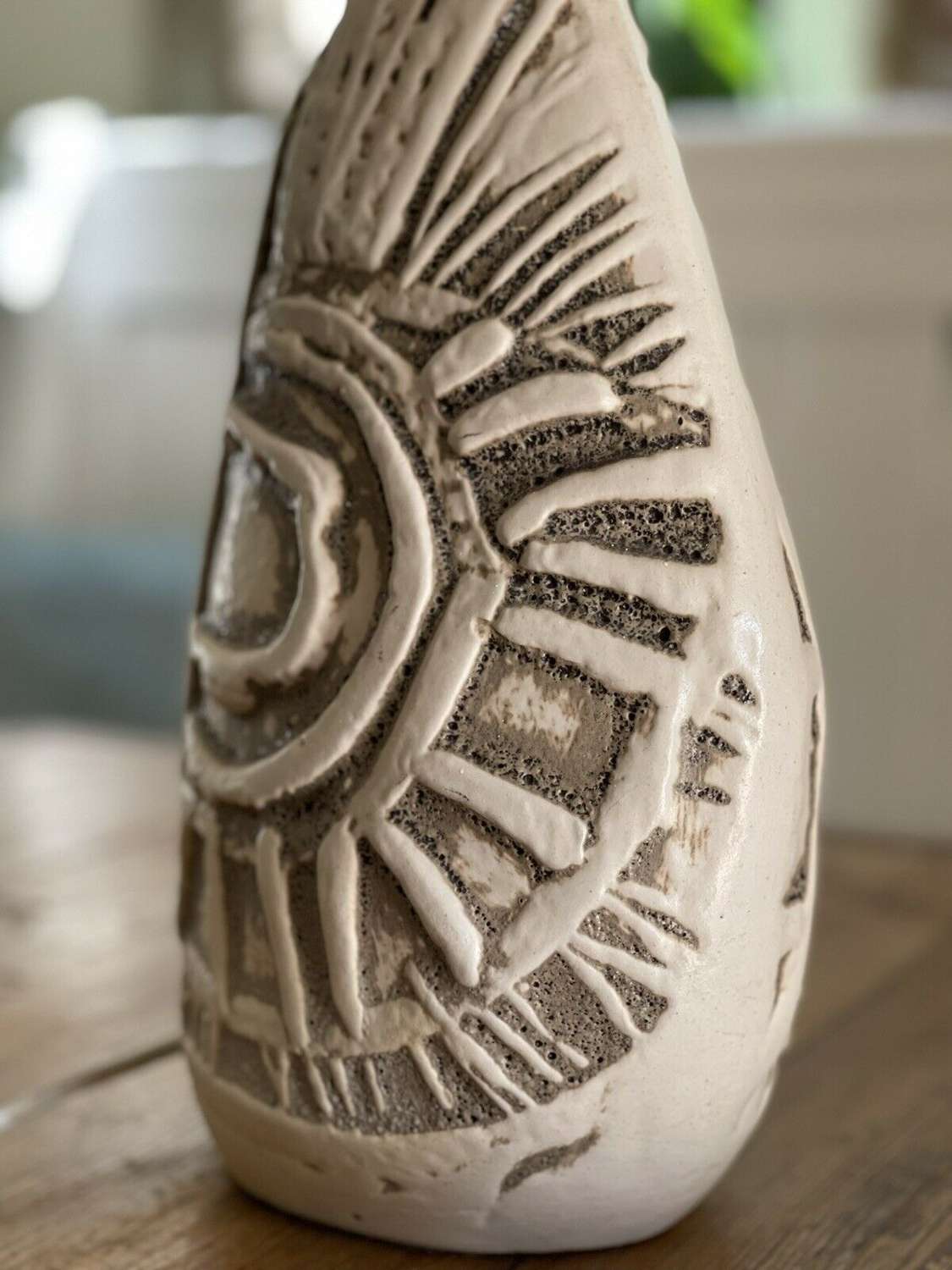 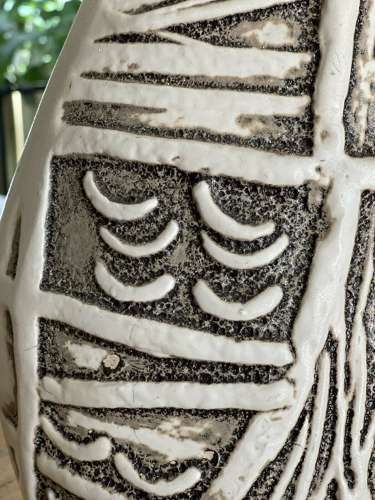 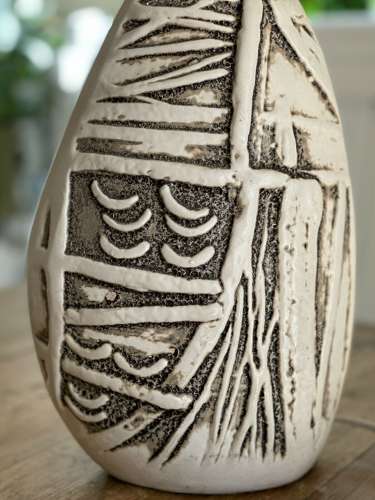 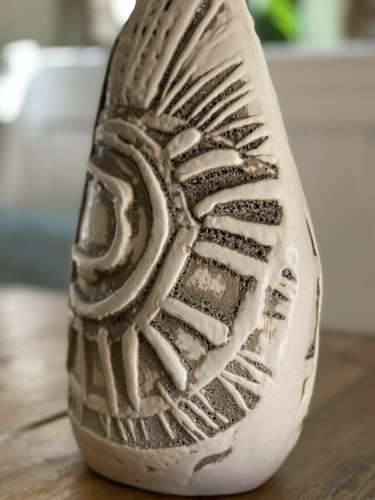 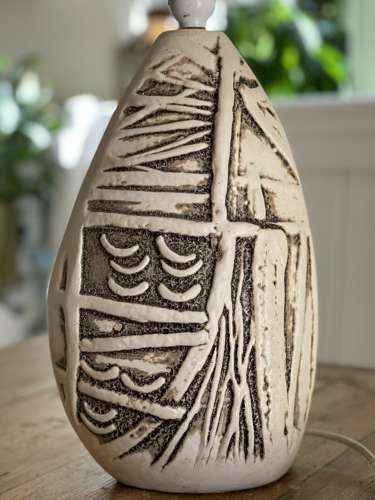 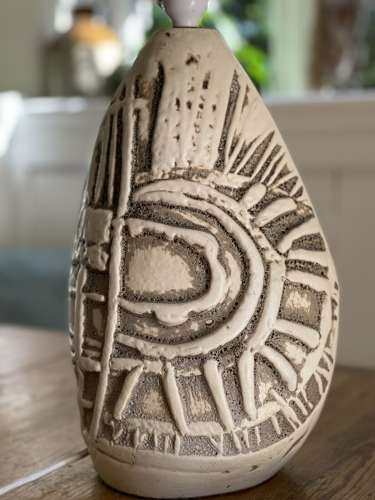 A fabulous example in this rare cream / white colour way.

Made in the 1970’s and very of the period. Fits in beautifully with today’s interiors so really ahead of its time.

Nice overall condition no damage. Original fittings so we are selling this as a lamp base and would advise a re wire to bring it up to today’s standards.

The Tremaen pottery was established in 1965 in Marazion, Cornwall by Peter Ellery, the brother of Brenda Wootton, the Cornish poet and folk singer. Ellery was not a potter, having trained as an artist at Bath College. Despite this, his unconventional style became a commercial success and in 1967 the pottery moved to Newlyn in order to expand its workforce to 12. However, by 1988 the economic situation made Ellery decide to close the pottery, and he spent the last ten years of his

Collection only form Evesham or we can arrange a courier if you contact us for a delivery quote.