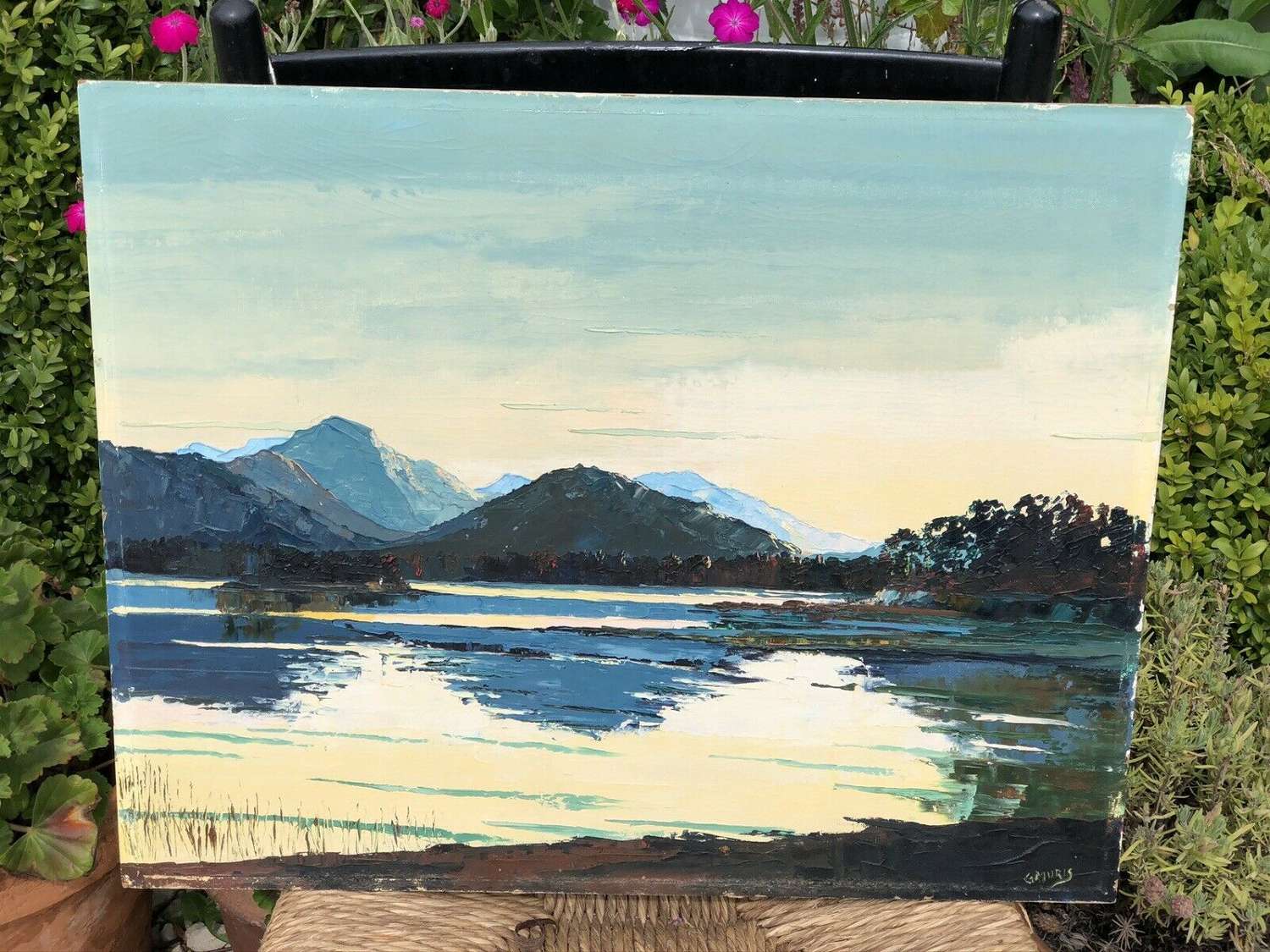 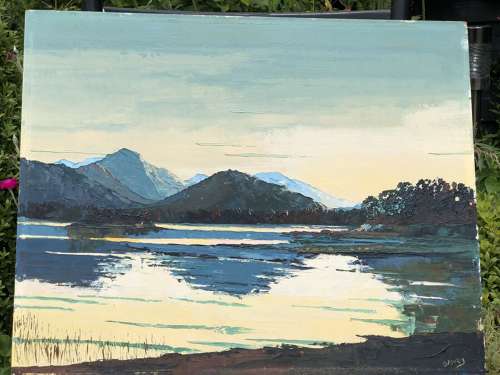 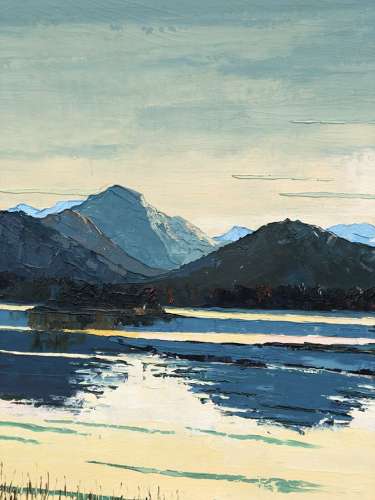 Fabulous original oil on board by this well known artist.

George Muris was born in Newcastle in 1914 and was heavily influenced by D'Oyly John and was tutored by him when he was living in South Africa. His Art became very popular on his return to Newcastle. Many of his works have been reproduced in print. His work was exhibited at the Laing Art Gallery, Artists of the Northern Counties exhibition in 1955. He is included in The Artists of Northumbria by Marshall Hall.

This lovely painting is on board unframed it looks like Scotland but that’s just our guess. It is titled on the reverse Derwent water. Signed lower right.