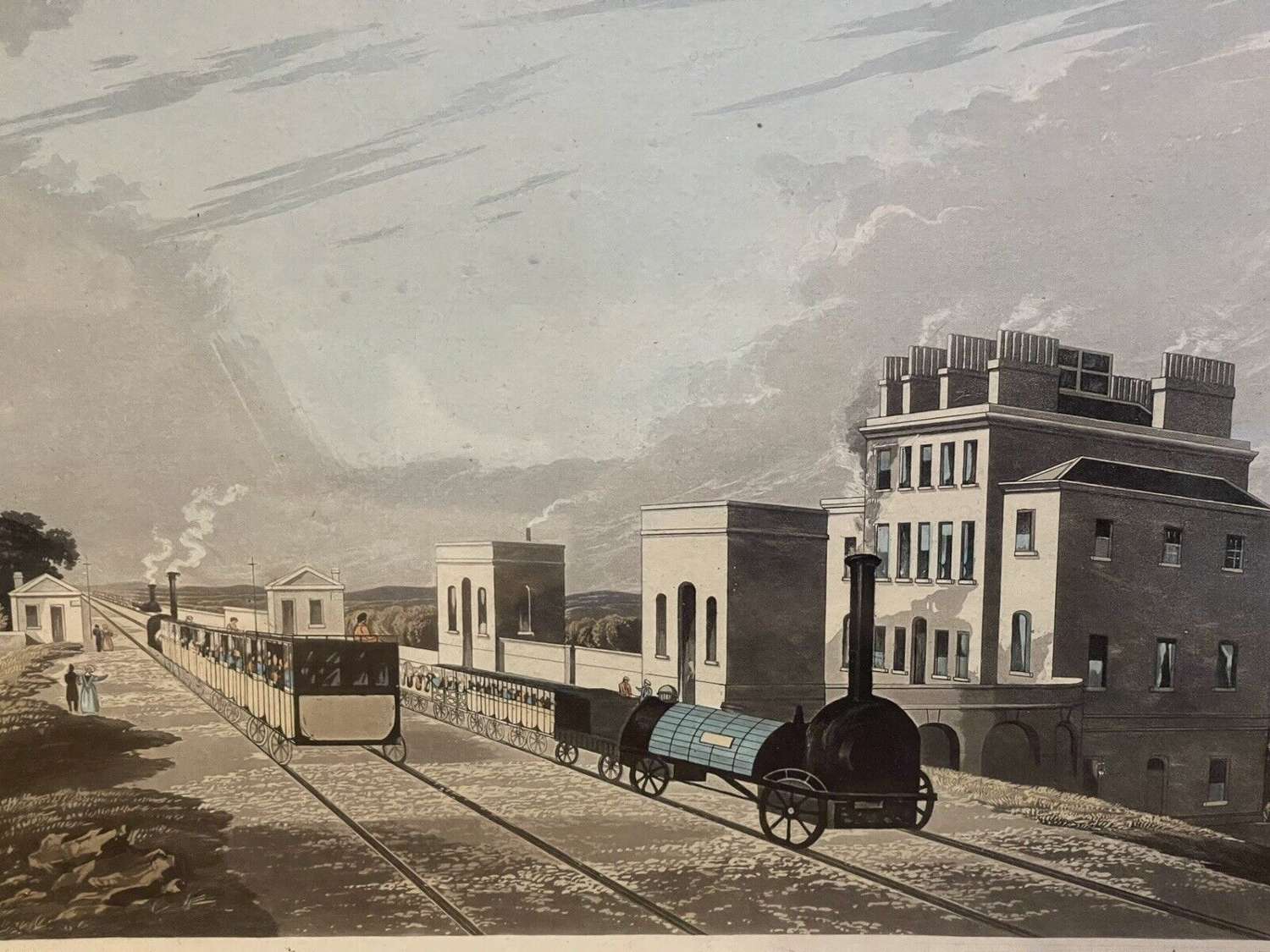 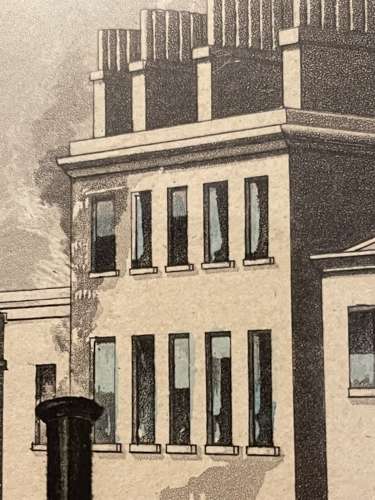 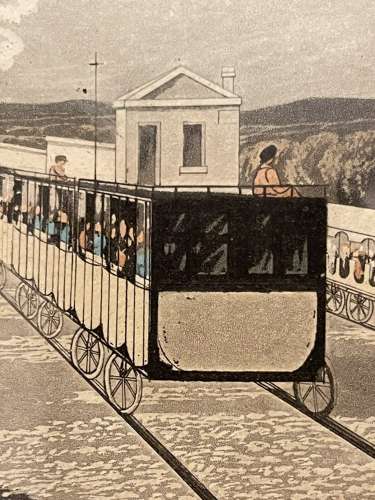 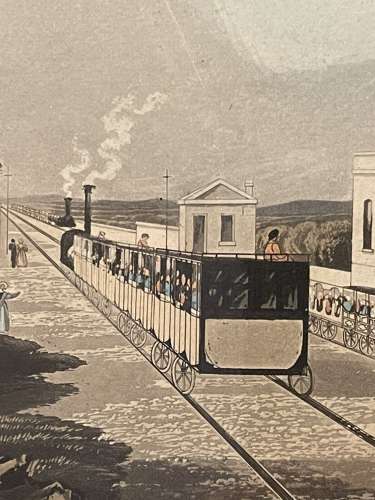 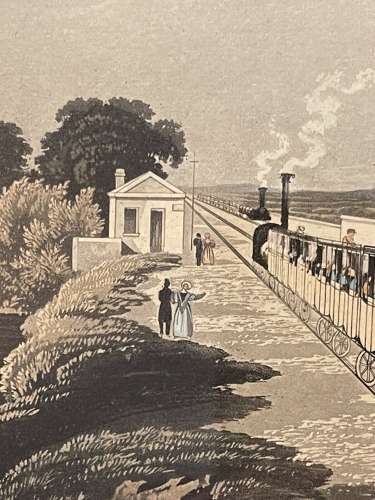 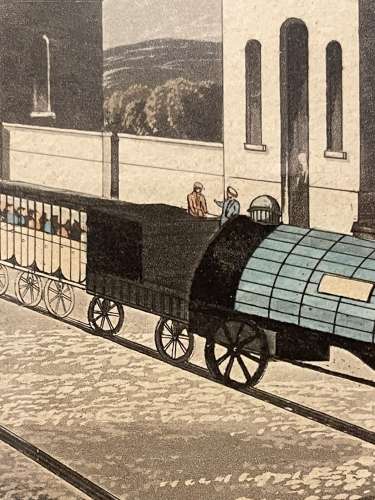 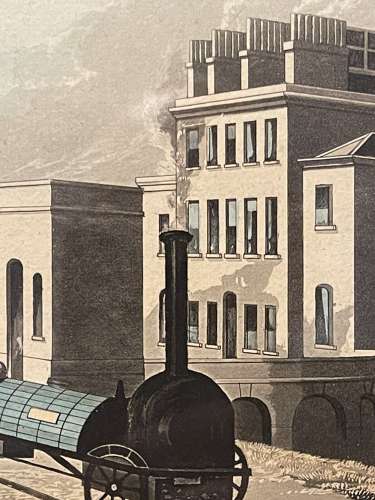 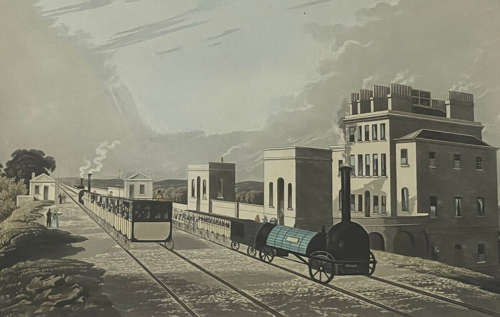 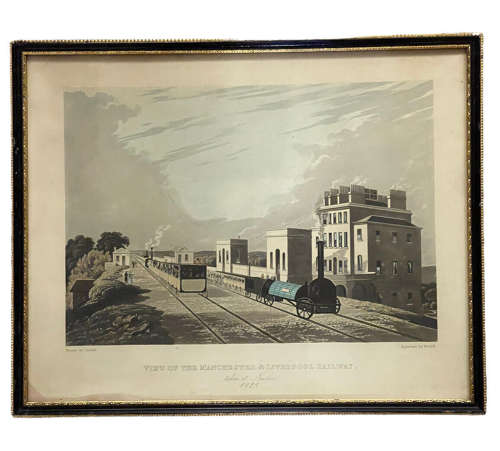 A View of the Manchester and Liverpool railway. Taken at Newton 1825. Aquatint with early colour by Havell. after Calvert.

One of the earliest depictions of the Railroad.

Havell was one of the greatest engravers of the 19th century. He is most known for engraving the watercolours of John J Audubon masterwork the birds of America.