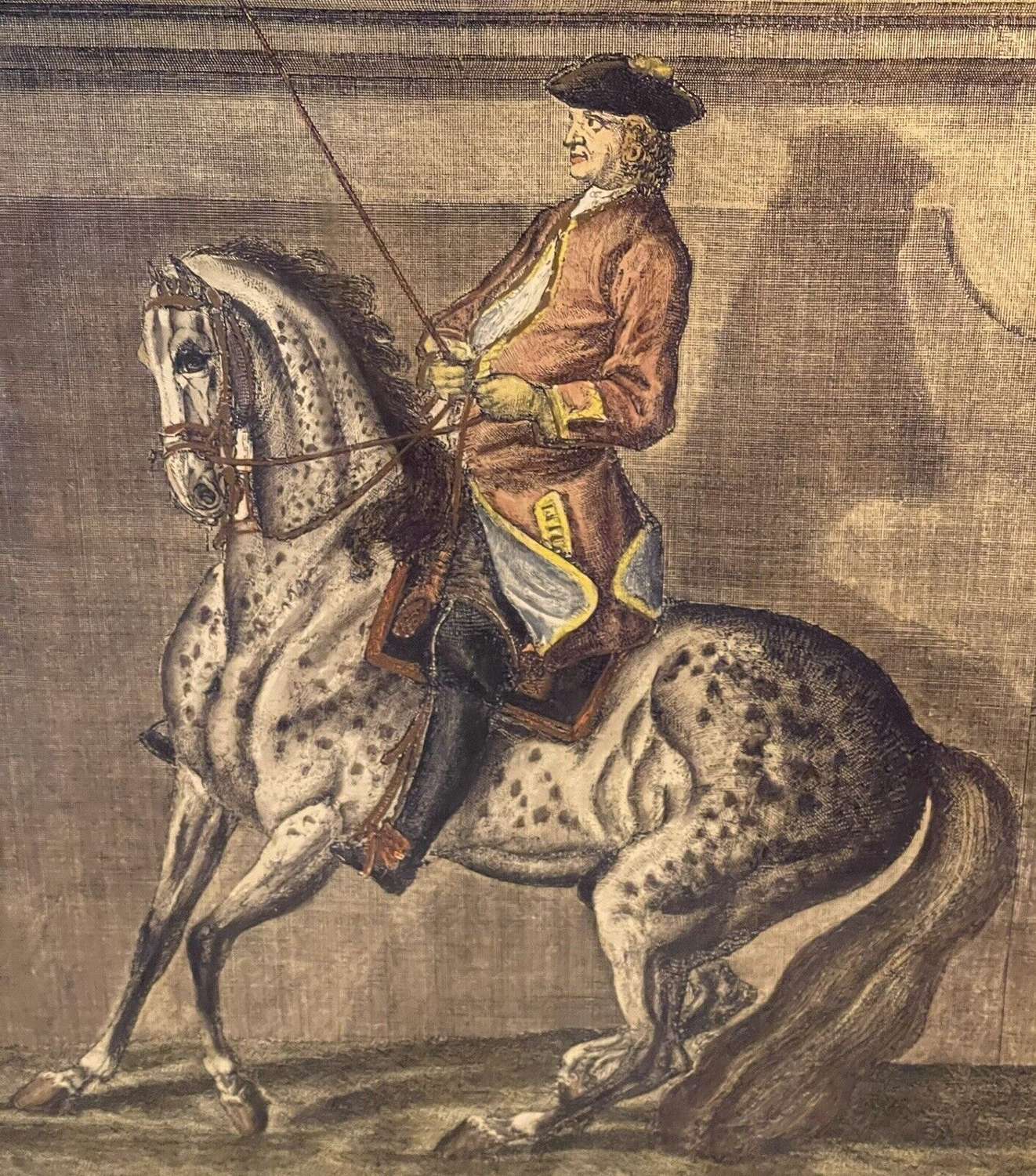 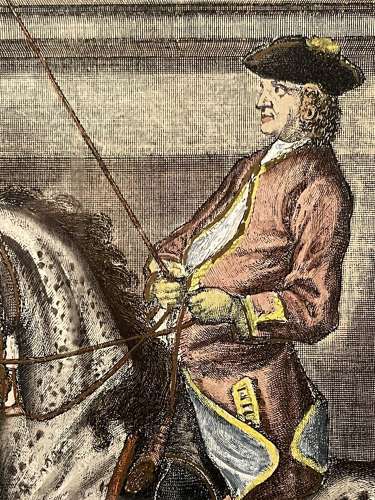 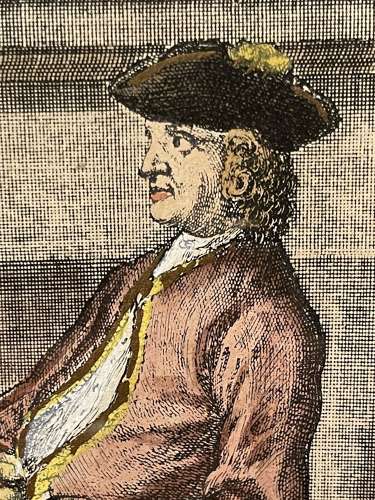 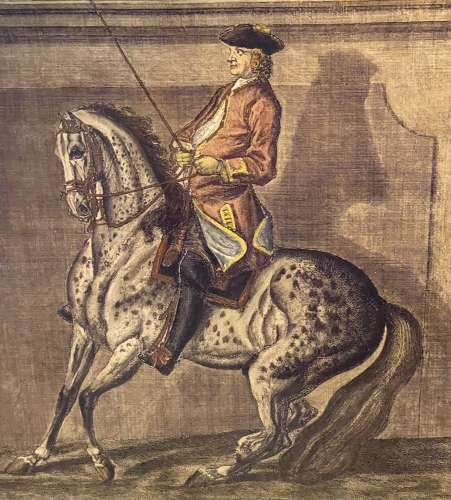 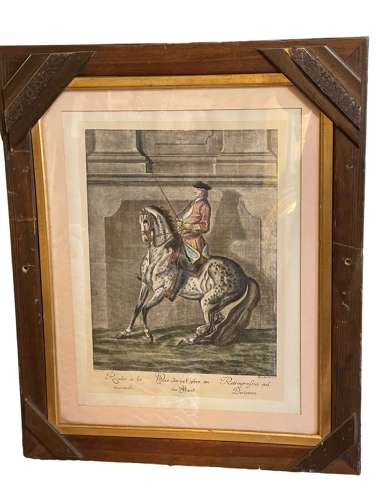 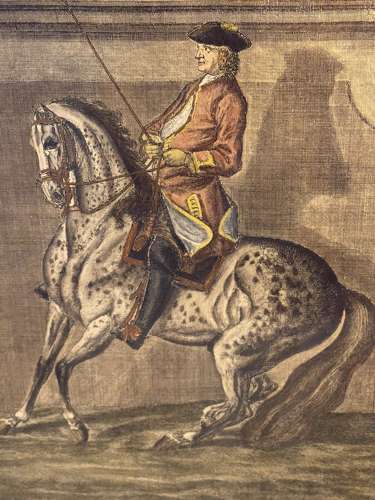 The frame has some wear and drill holes where it’s been attached to a wall so will need replacing ideally but does have original country house charm just as it is.

Johann Elias Ridinger was a German artist best known for his engravings of wild animals such as rhinoceros, elk, and lions. Widely regarded for his hunting scenes, his work often featured men chasing down game on horseback. Ridinger’s aesthetic was influenced by the Rococo movement in its stylization of forms, curved ornamentation, and compositional approach. The artist used brown pen and ink for his studies which would then be turned into finely detailed mezzotints. Born on February 16, 1698 in Ulm, Germany, Ridinger went on to train under the painter Christoph Resch and the engraver Georg Philipp Rugendas. He later founded his own publishing house in Augsburg, Germany and went on to become the director of the Augsburg Stadtakademie. Today, Ridinger’s works are in the collections of the Art Institute of Chicago, the National Gallery of Art in Washington, D.C., and the National Museum of Wildlife Art, among others. He died on April 10, 1767 in Augsburg, Germany.