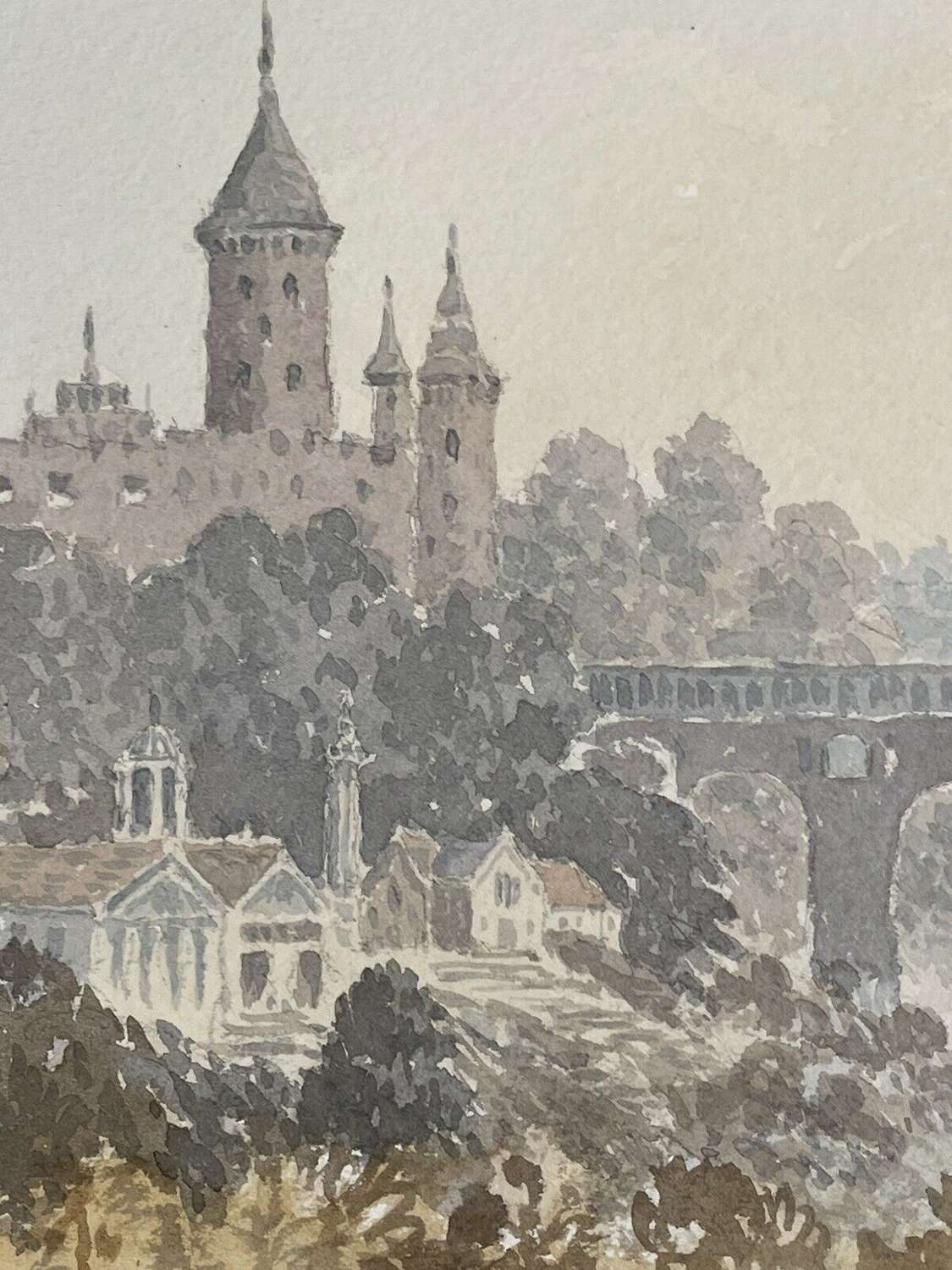 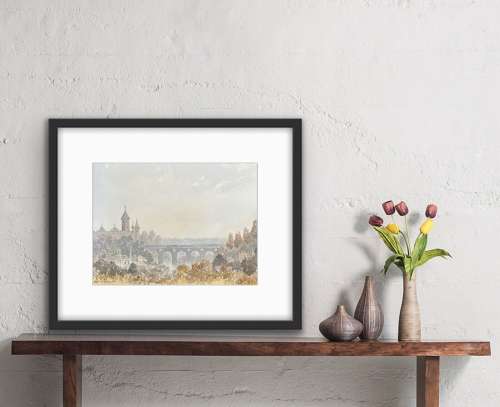 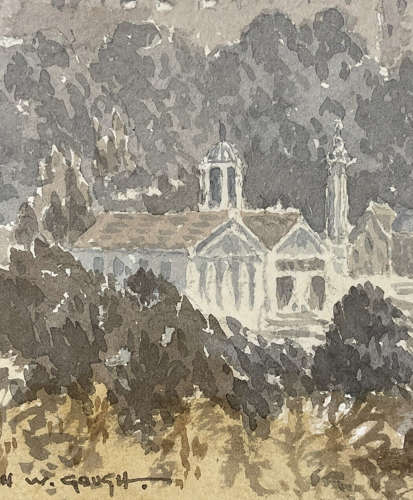 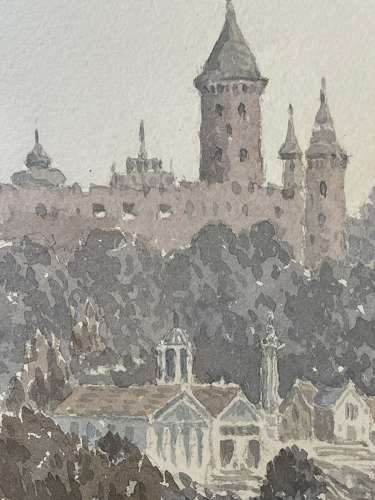 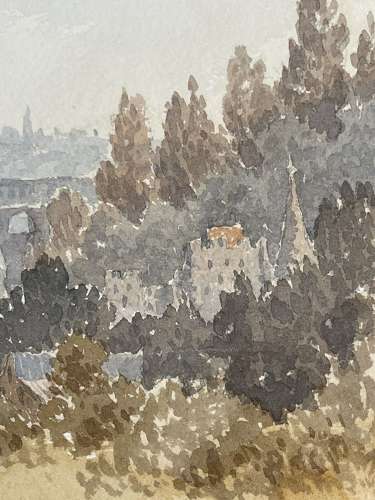 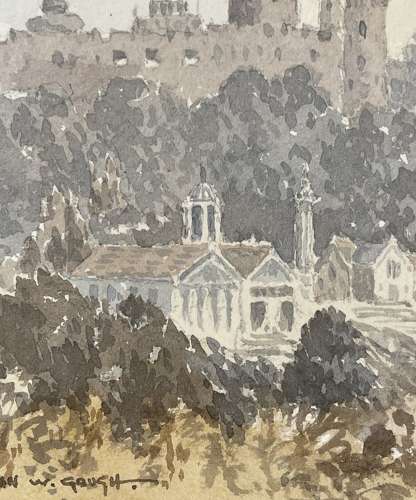 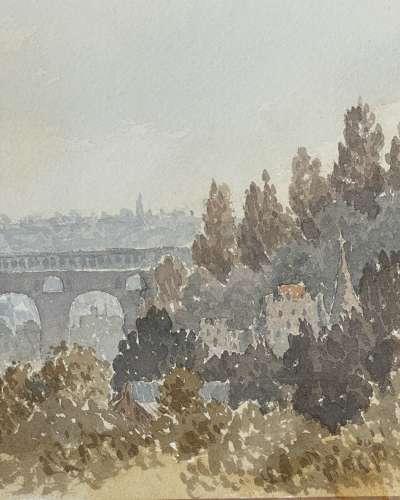 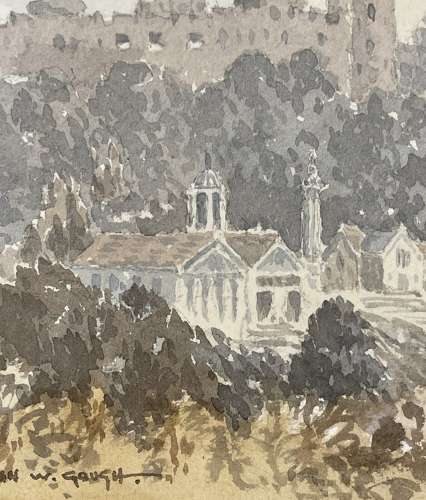 A superb original watercolour painting by this talented artist.

Showing Luxembourg on an Autumn day.

Good vintage condition there is a small watermark lower left. This would crop out once the piece was matted and framed. Could it be a raindrop if this was painted outside on an Autumn day ?

Unframed painted on wove paper. The framed photographs are for illustration only.