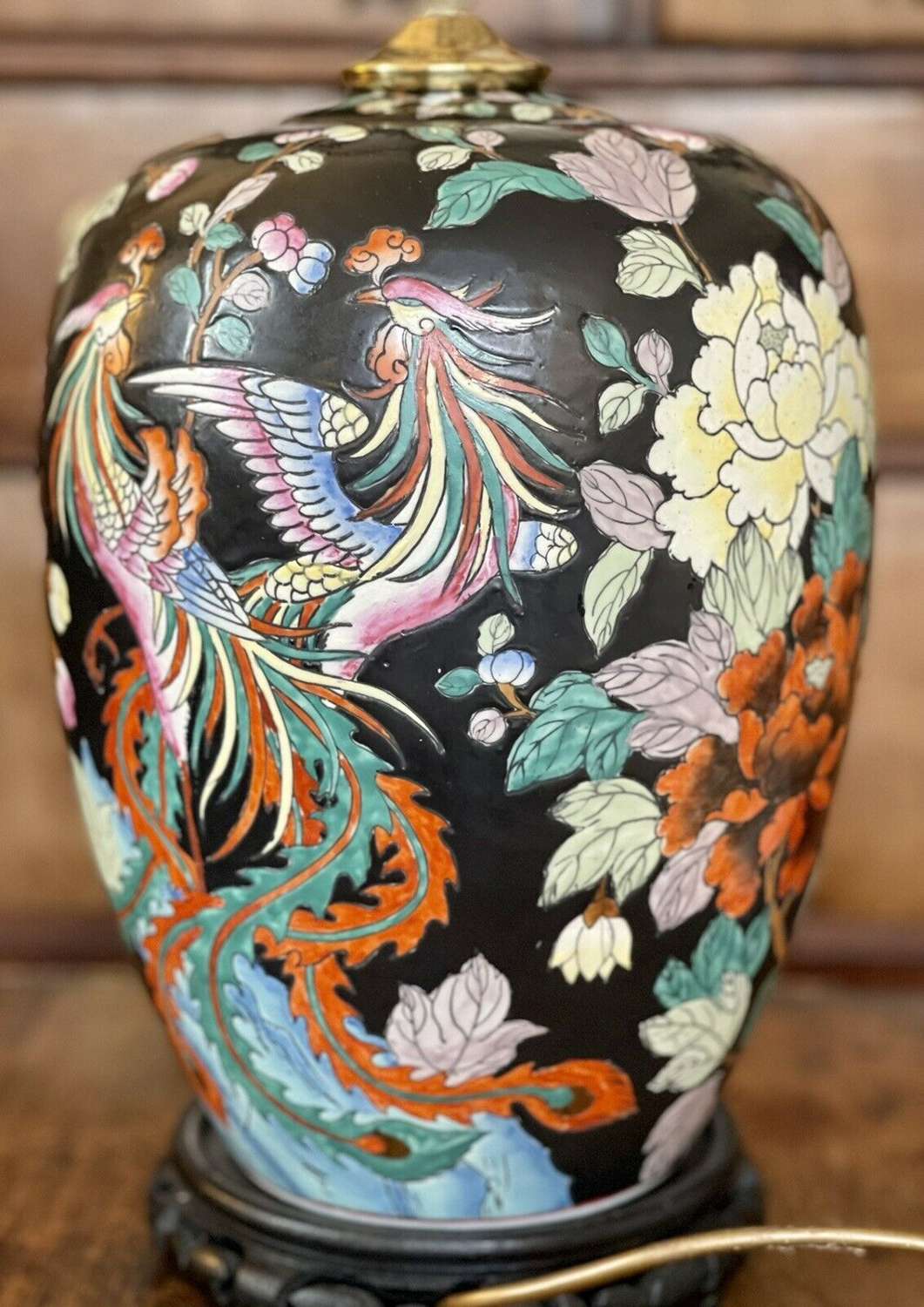 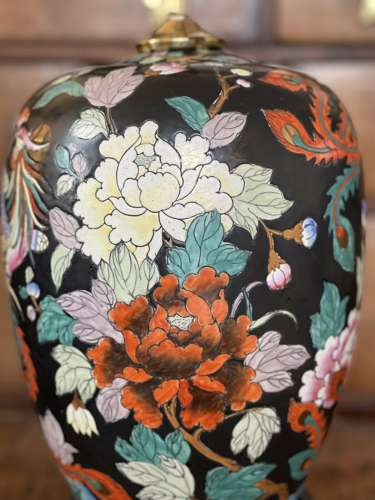 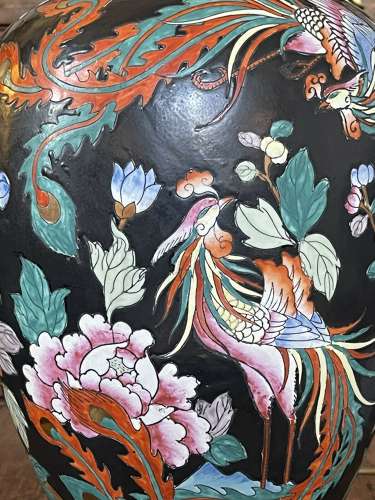 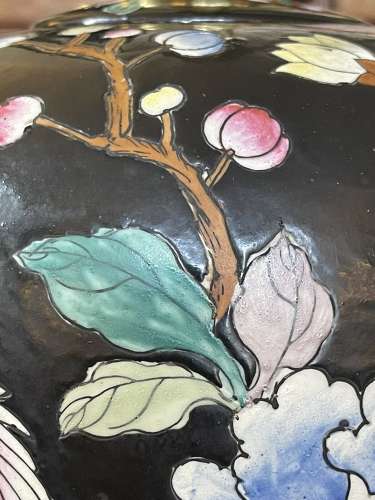 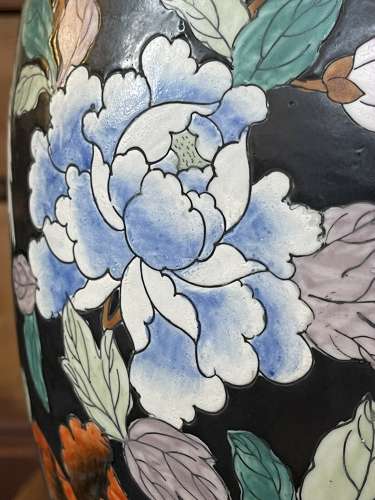 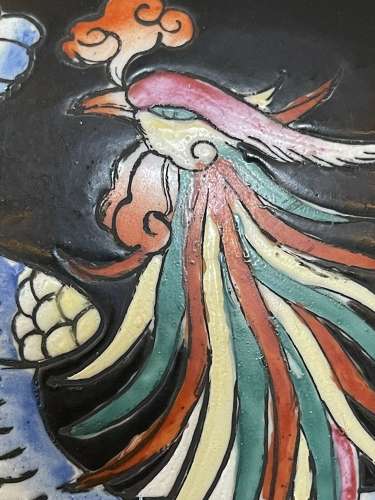 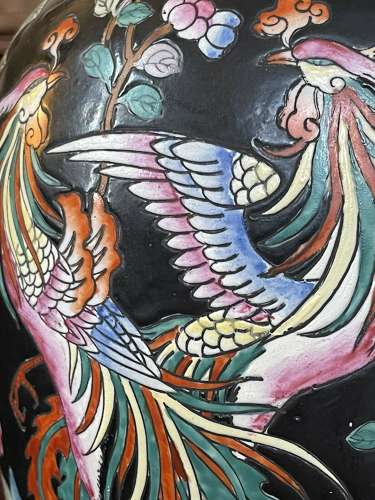 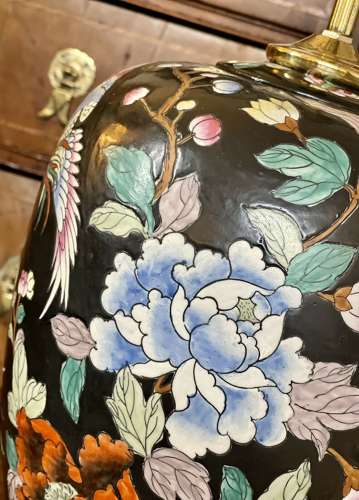 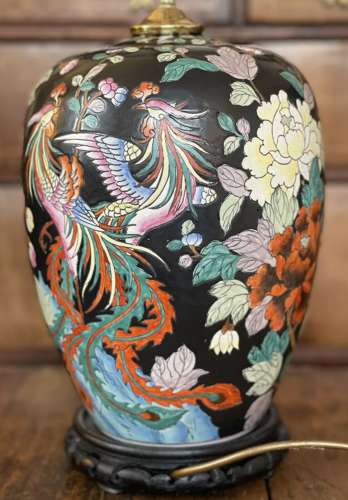 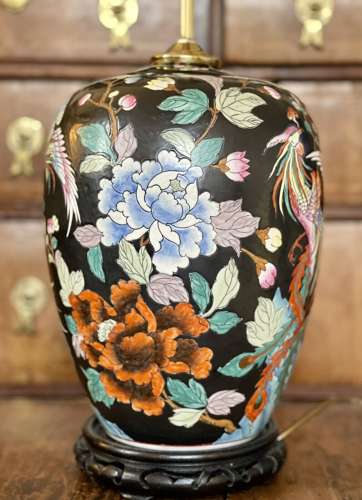 A superb large vase converted to a table lamp.

Later converted to a lamp with electrical fittings.

Decorated with Japanese Phoenix, In Japan, as earlier in China, the mythical Phoenix was adopted as a symbol of the imperial household, particularly the empress. This mythical bird represents fire, the sun, justice, obedience, fidelity, and the southern star constellations .

One side is decorated with peony flowers and magnolia. Known as the ‘King of Flowers’, the peony is a Japanese flower that is used as a symbol of good fortune, bravery, and honour.