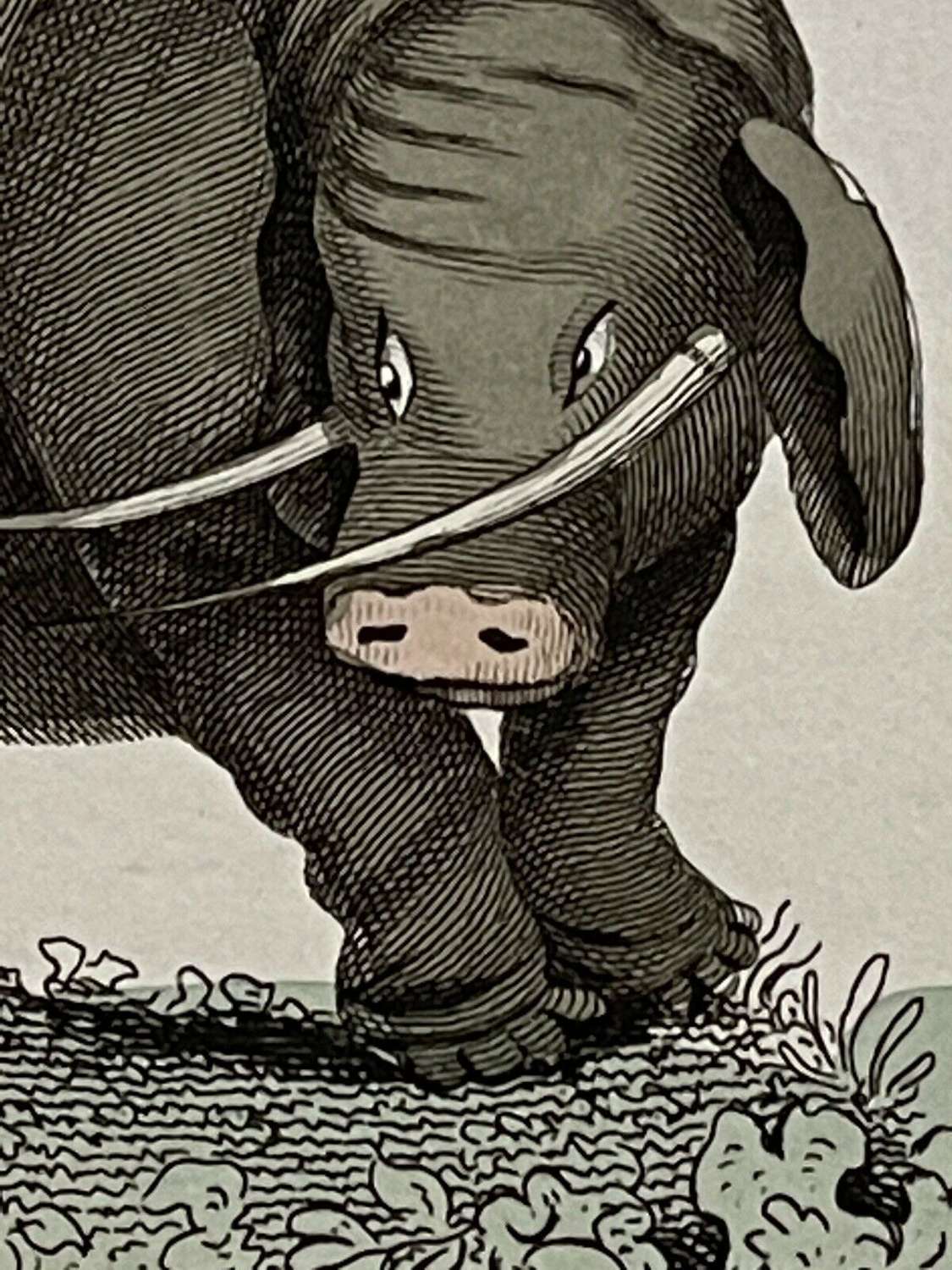 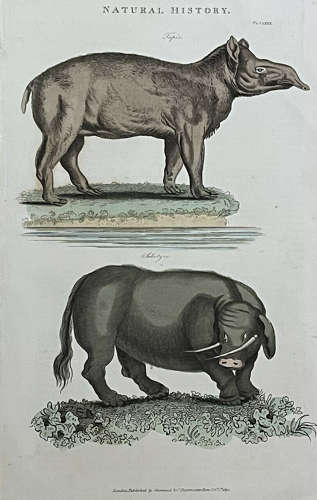 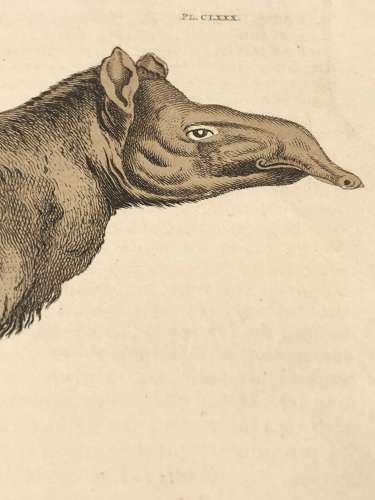 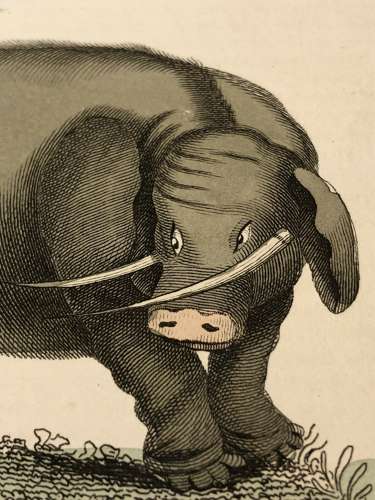 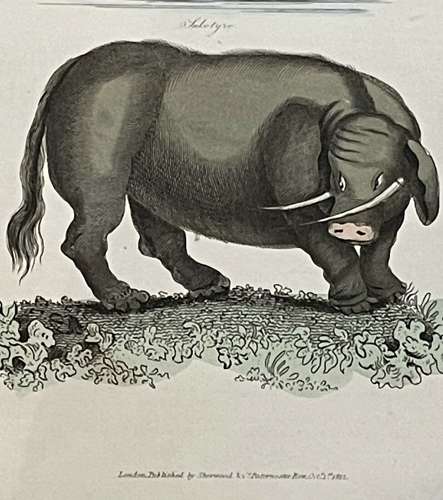 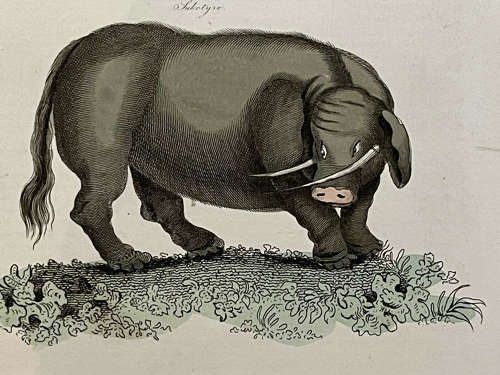 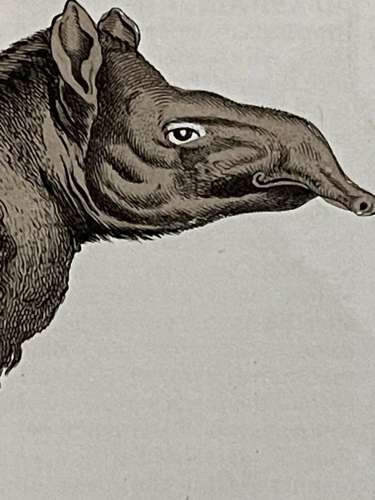 Shaw published one of the first English descriptions with scientific names of several Australian animals in his Zoology of New Holland first published in 1794. He was among the first scientists to examine a platypus and published the first scientific description of it in The Naturalists Miscellany in 1799. In the field of herpetology he described numerous new species of reptiles and amphibians.

Shows the Tapir and another strange animal ?