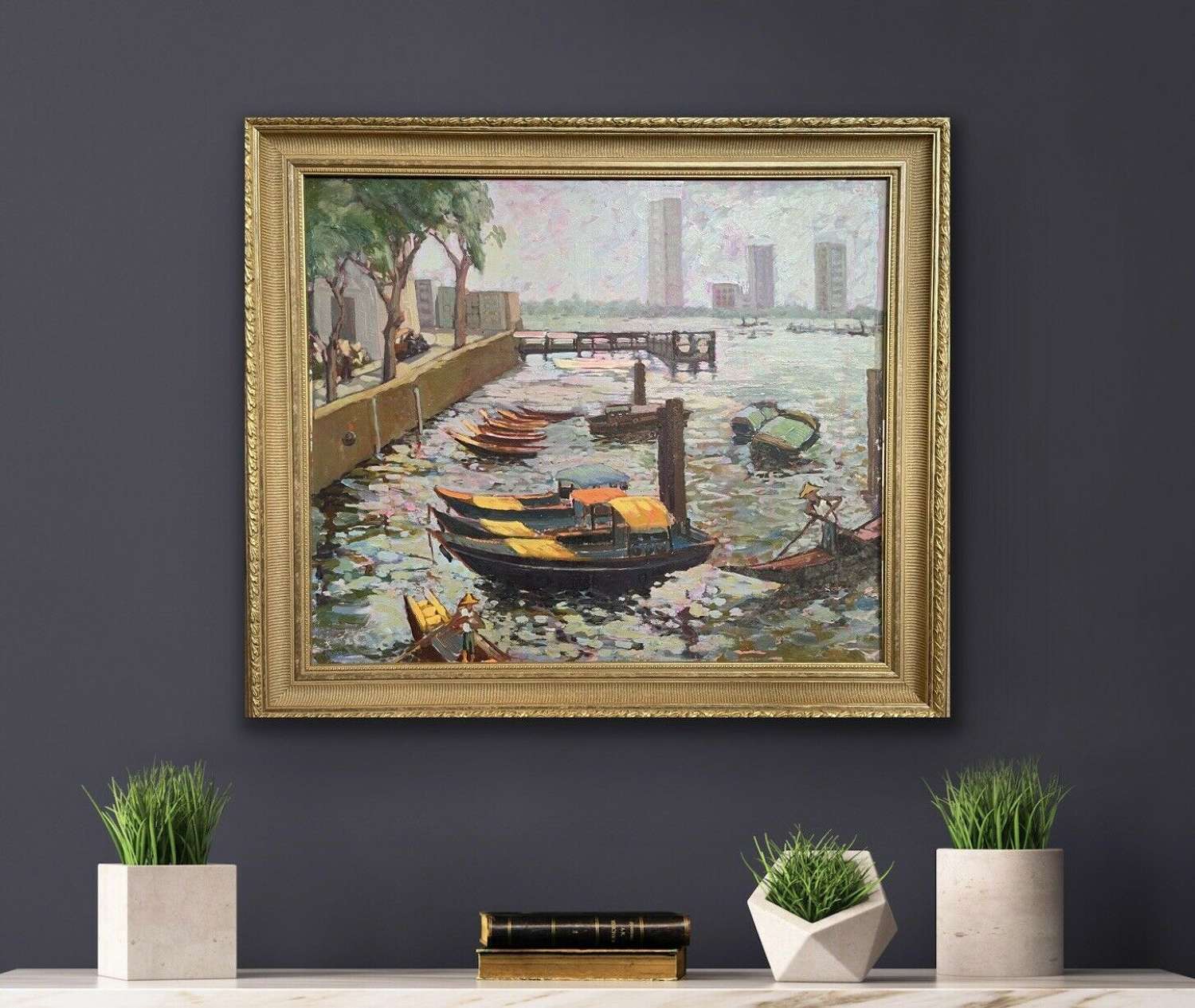 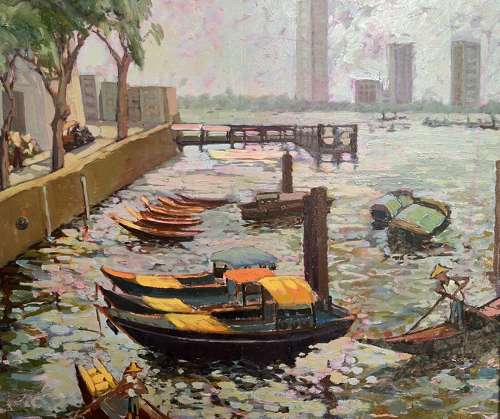 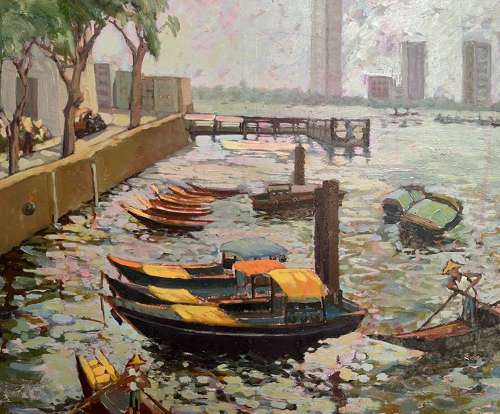 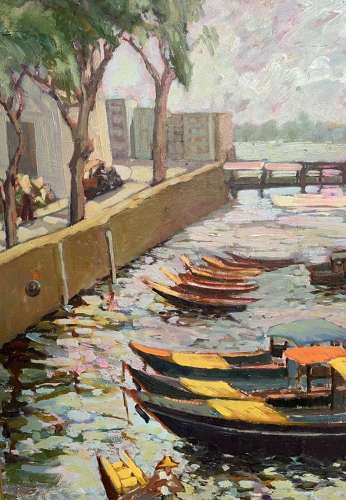 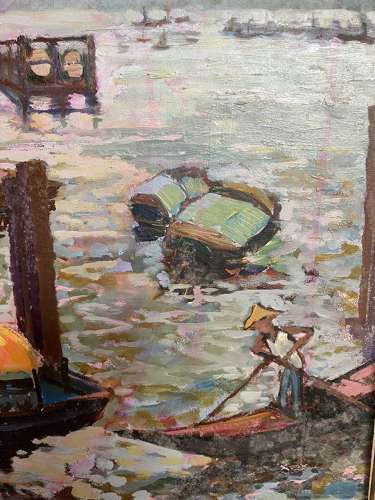 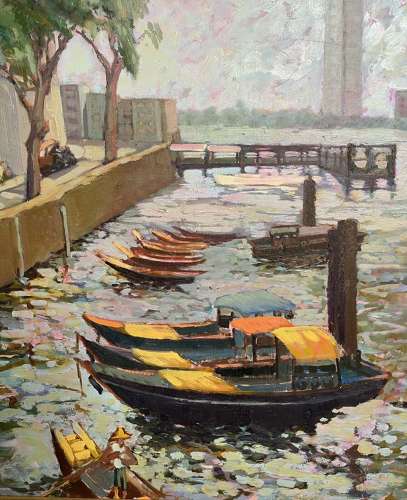 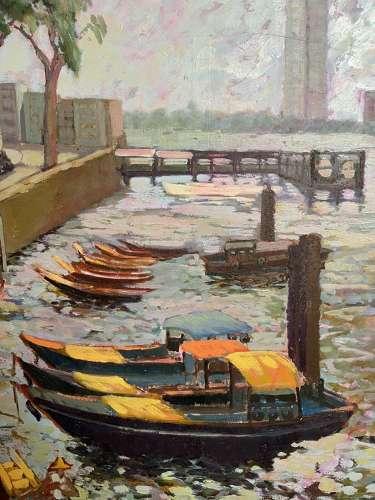 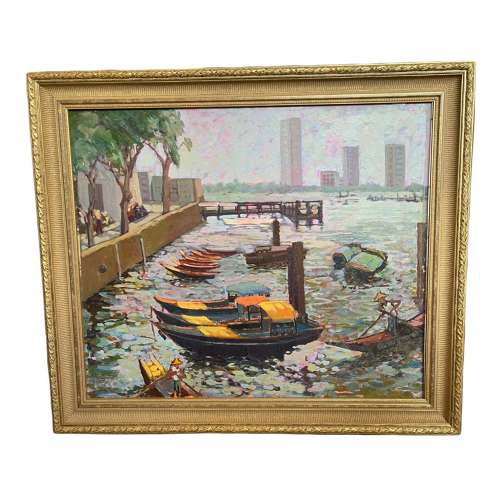 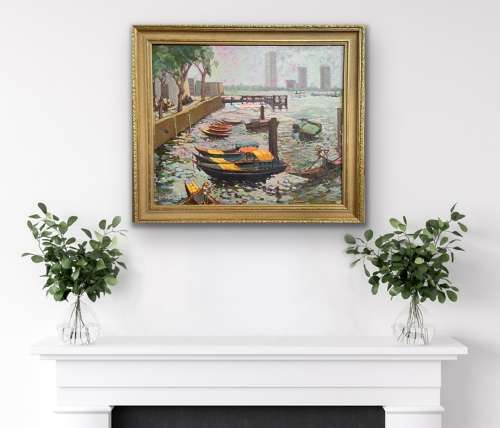 Painted on board and framed in a contemporary wooden golden frame. Shipping will be with a personal courier within the UK included in the price.

A fabulous painting showing a city scene in a tropical country. Possibly Singapore or Bangkok maybe ?

Fishermen go about their business in the foreground with their colourful boats bobbing around on the river. The city skyscrapers soar up into the sky on the horizon. The contrast is striking between the modern city and the fishermen who’s way of life hasn’t changed for centuries.

The artist has used her usual post impressionist style here and the water especially seems almost alive with the colours and textures used.

A lovely painting from this accomplished artist who’s work will only increase in value as time goes by.