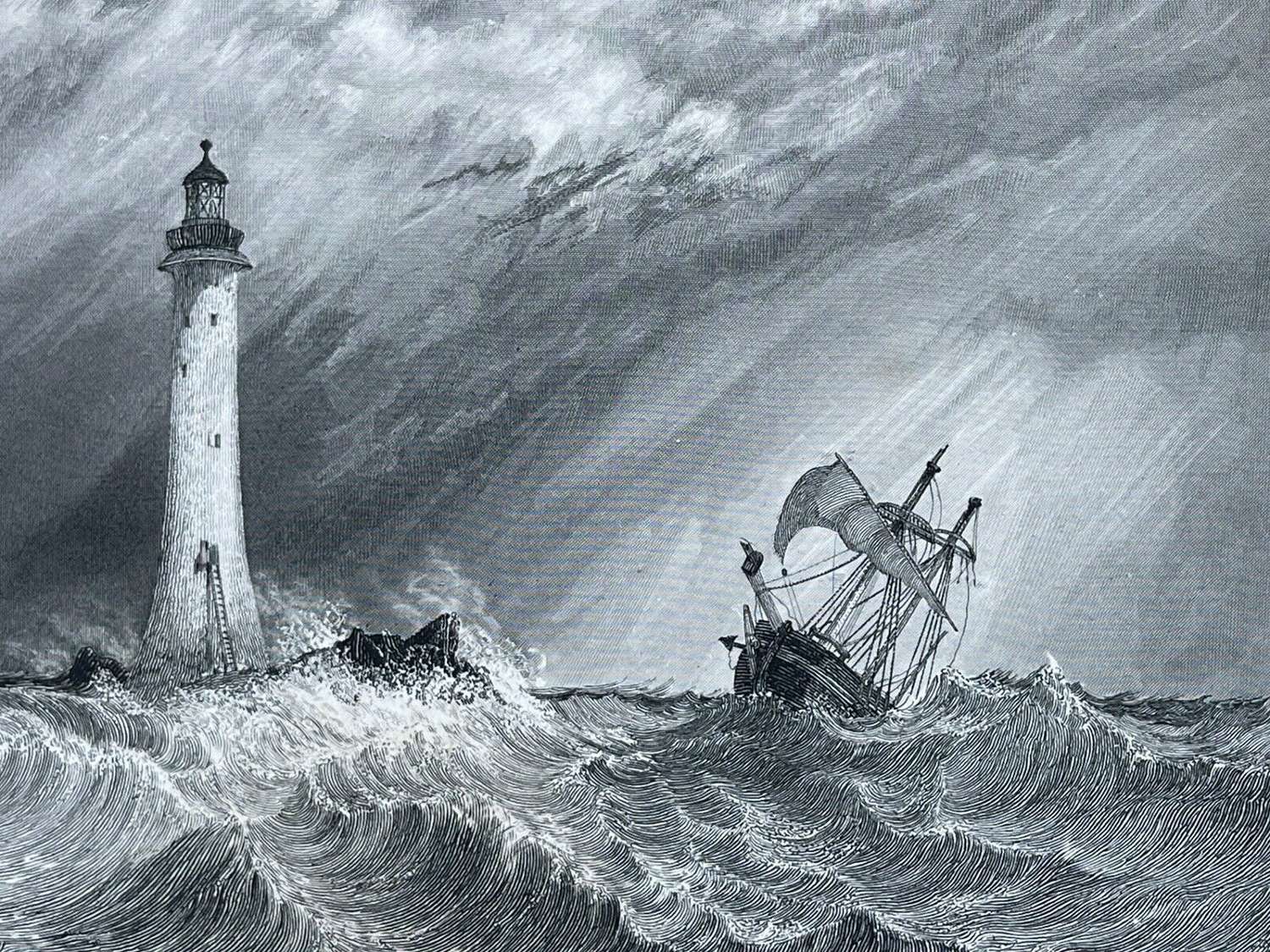 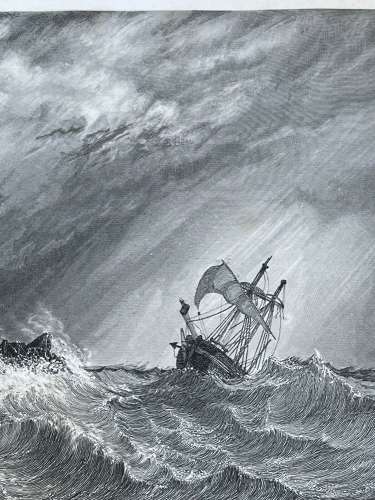 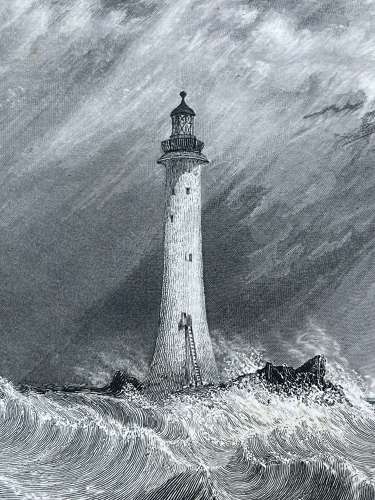 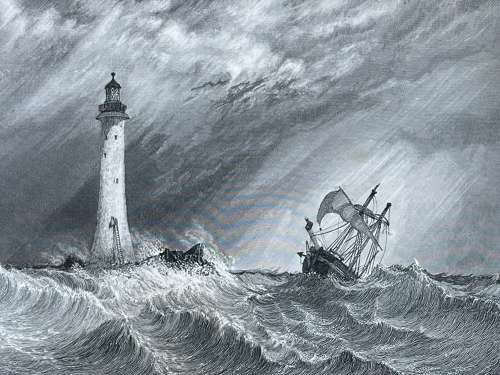 1836 original engraving not a later print

Eddystone Light-House', 1836. Built by the English civil engineer John Smeaton (1724-1792) beginning in 1756, this was the third lighthouse to be sited on Eddystone Rocks, 15 miles south of Plymouth in the English Channel. It remained in use until 1877.

Nice condition plate some foxing to outer edges and margins. Pencil marks at the top of the margin unframed.