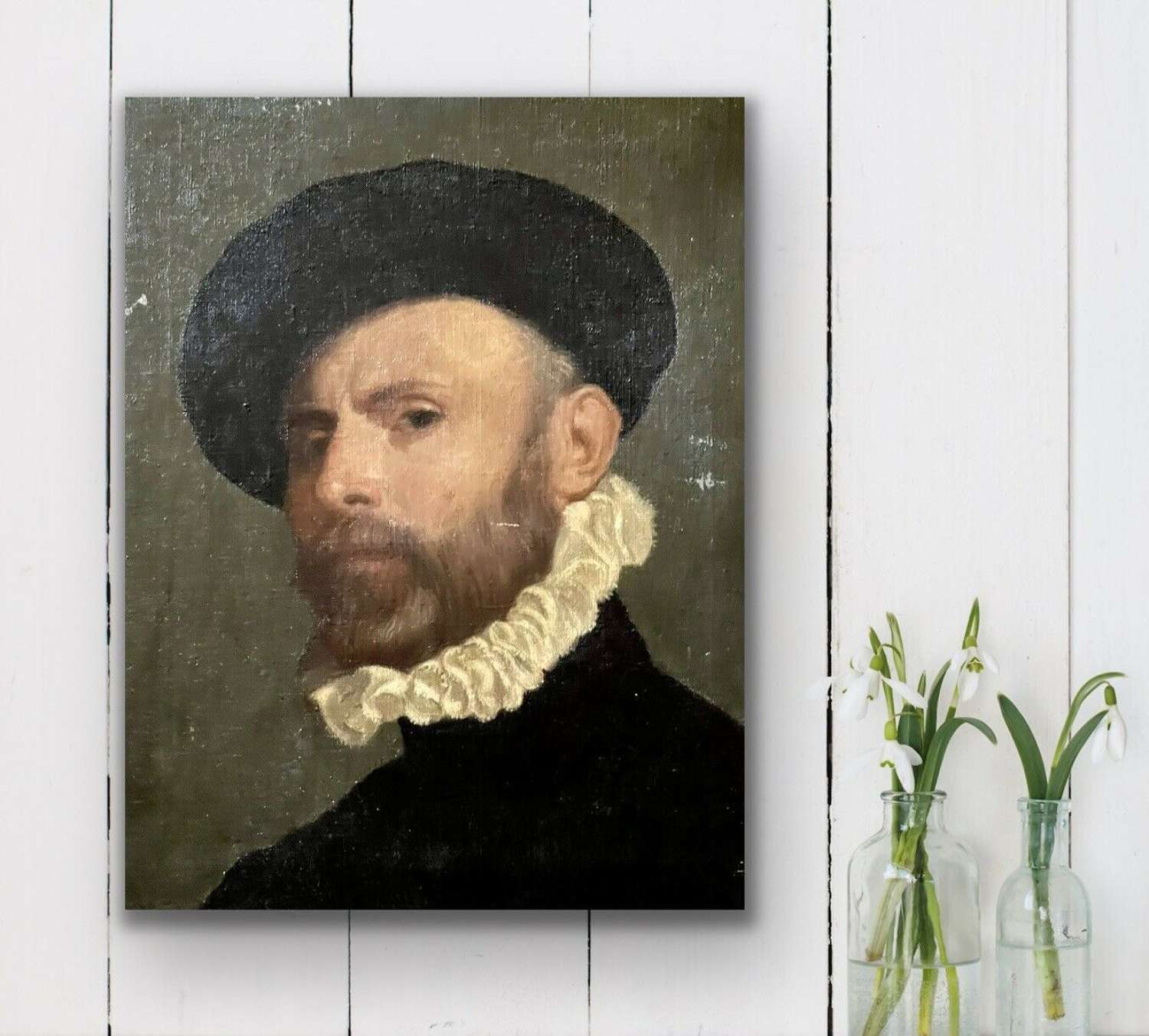 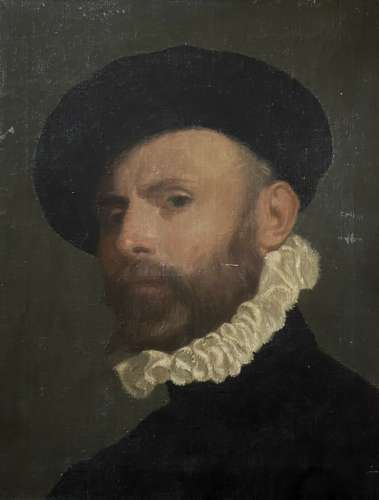 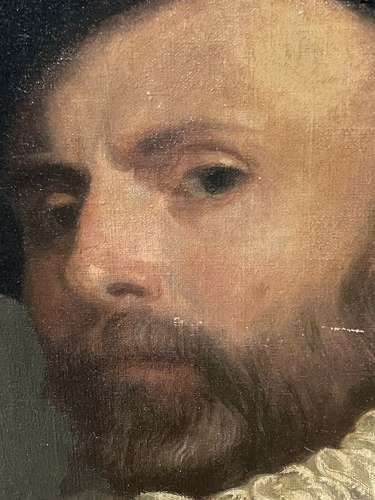 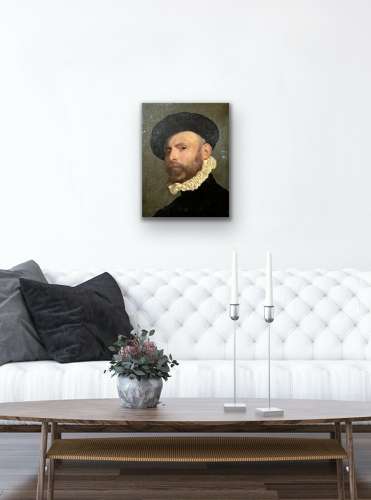 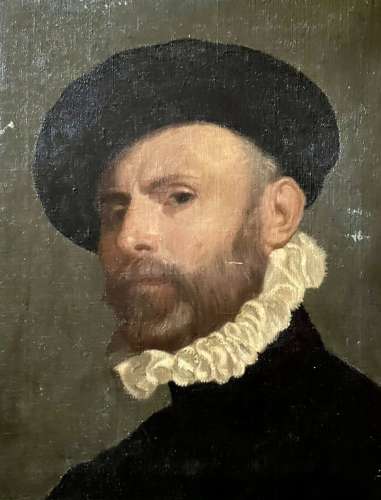 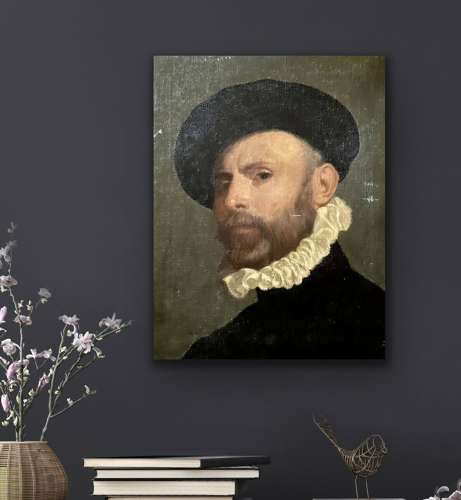 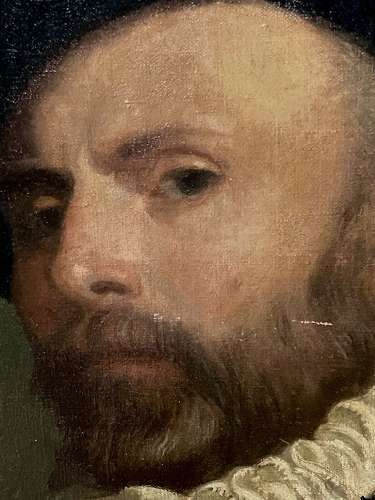 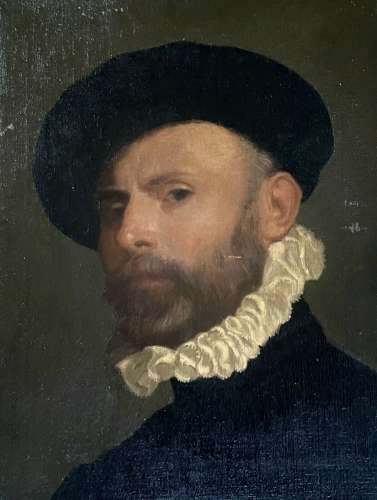 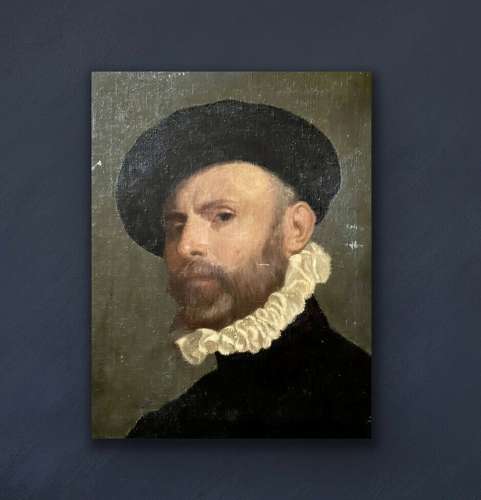 A superbly painted portrait after this very famous painting held in the National Gallery.

This piece was painted in 1936 signed verso with an indistinguishable signature.

The artist has done an incredible job here and the likeness to the original is quite remarkable.

Painted on canvas Unframed in good overall condition some age related marks and a later varnish to the canvas.

Giovanni Battista Moroni (c. 1520/ 5 February 1579) was an Italian painter of the Late Renaissance period. He also is called Giambattista Moroni. Best known for his elegantly realistic portraits of the local nobility and clergy, he is considered one of the great portrait painters of sixteenth century Italy.

This portrait has long been known as ‘L’Avvocato‘, meaning the lawyer or counsel in Italian. The sitter’s air of well-paid theatricality and his supercilious regard, as though he is summing up evidence, may have suggested this title.

The portrait is one of Moroni’s most expressive works. The trim of the beard and the costume suggest a date of around 1570.

The original portrait is now held in the National gallery of which this painting is a head and shoulders representation.