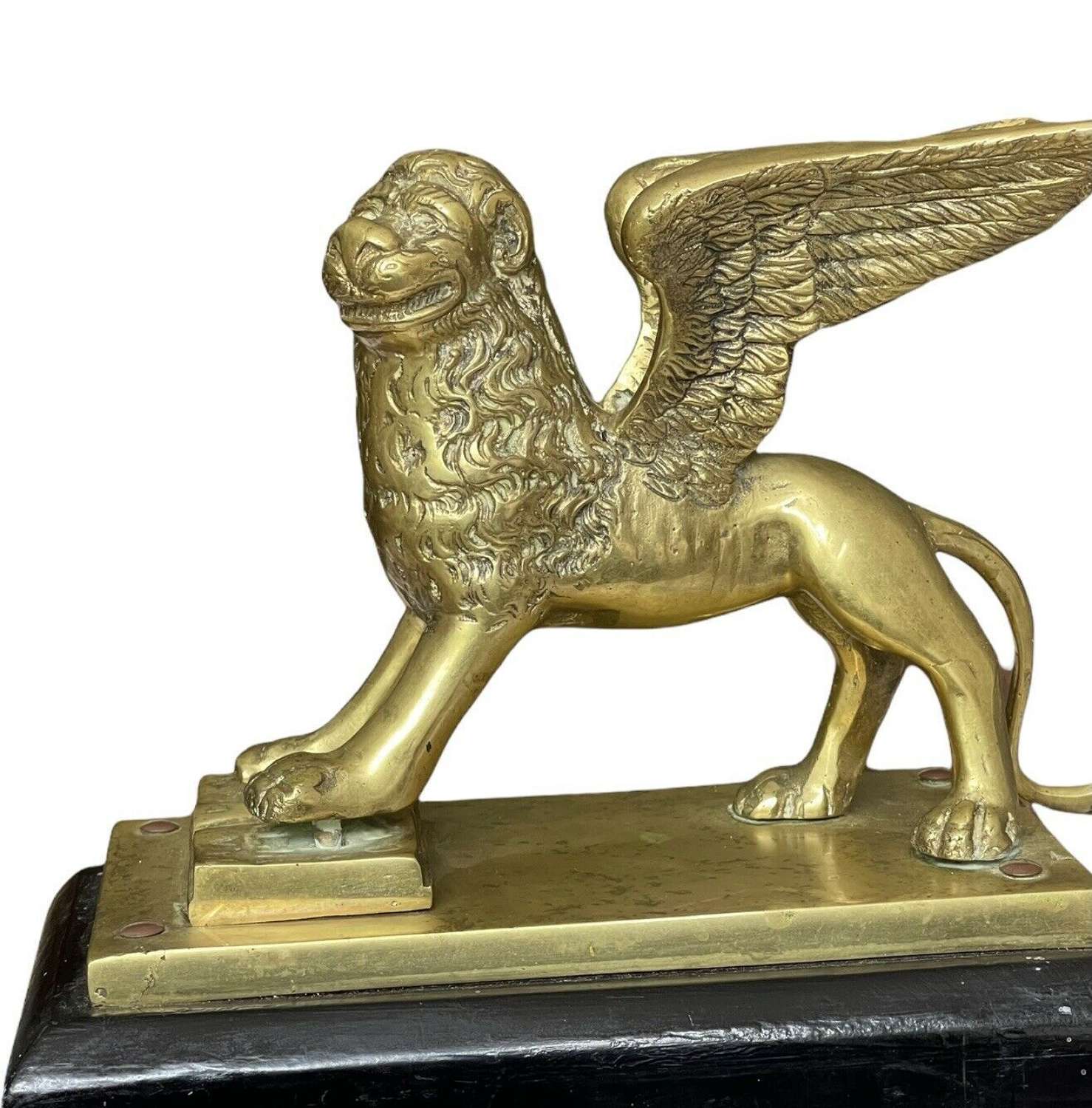 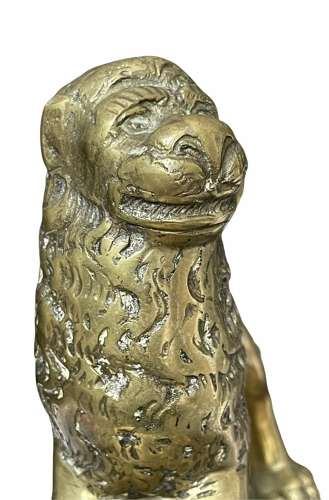 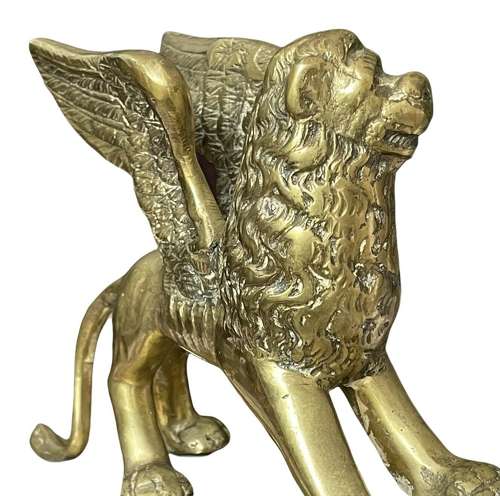 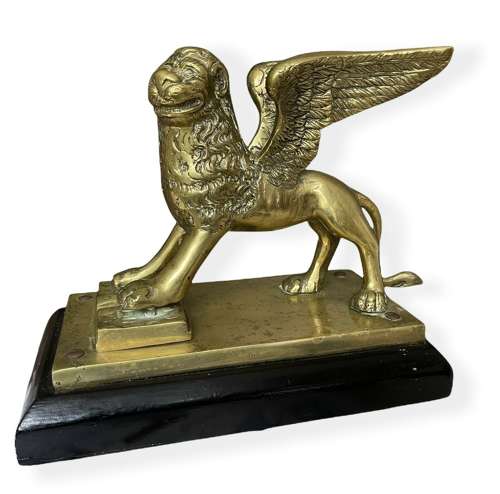 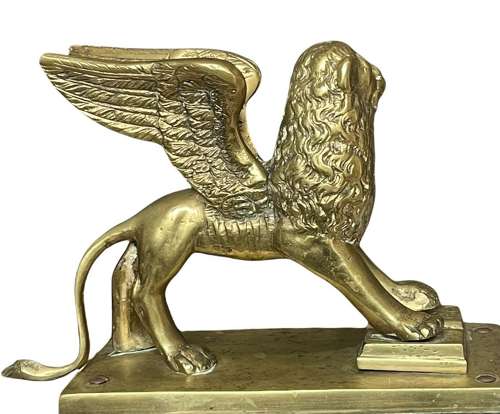 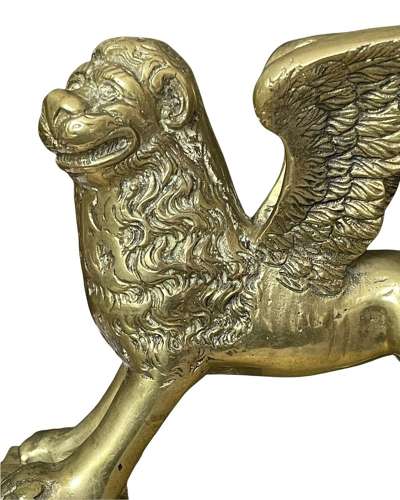 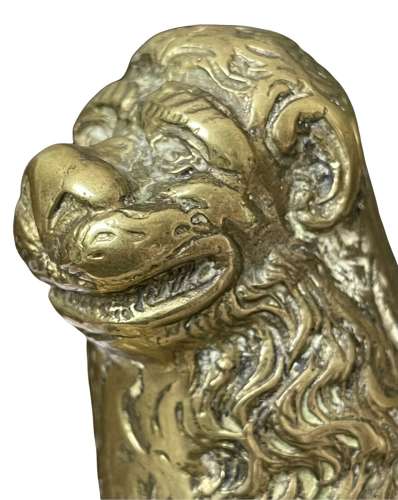 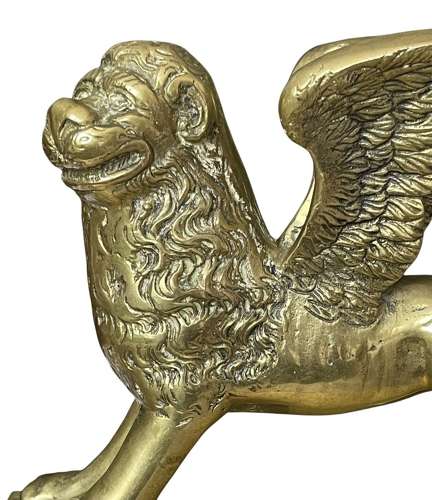 Antique Brass Figure Of The lion Of St Mark Venice.

A fabulous antique brass figure of the lion of Venice. He rests his paws upon a bible.

A fifteen-foot bronze statue of a lion stands atop a column of Egyptian granite in St. Mark's Square. It was brought to the lagoon during the 12th century, and remained there until Napoleon moved it to Paris. Returned in 1815, it fell and was rebuilt. It was moved from its pedestal only at the end of the 1800s for restoration and during the Second World War for safekeeping. The Lion underwent careful restoration work in the 1990s Restorers believe its body is roughly 2,300 years old.

Cast in solid brass he is mounted on a brass plinth fixed to a wooden base and a faithful copy of the original above.

Beautiful rich gold colour to the brass which indicates quite an early piece probably from the early 19th Century.

Nice overall condition condition with a good patina. Some pitting to the brass which would probably polish up further.

Mounted on a later wooden base. Some movement at the front where the bible meets the brass plinth.