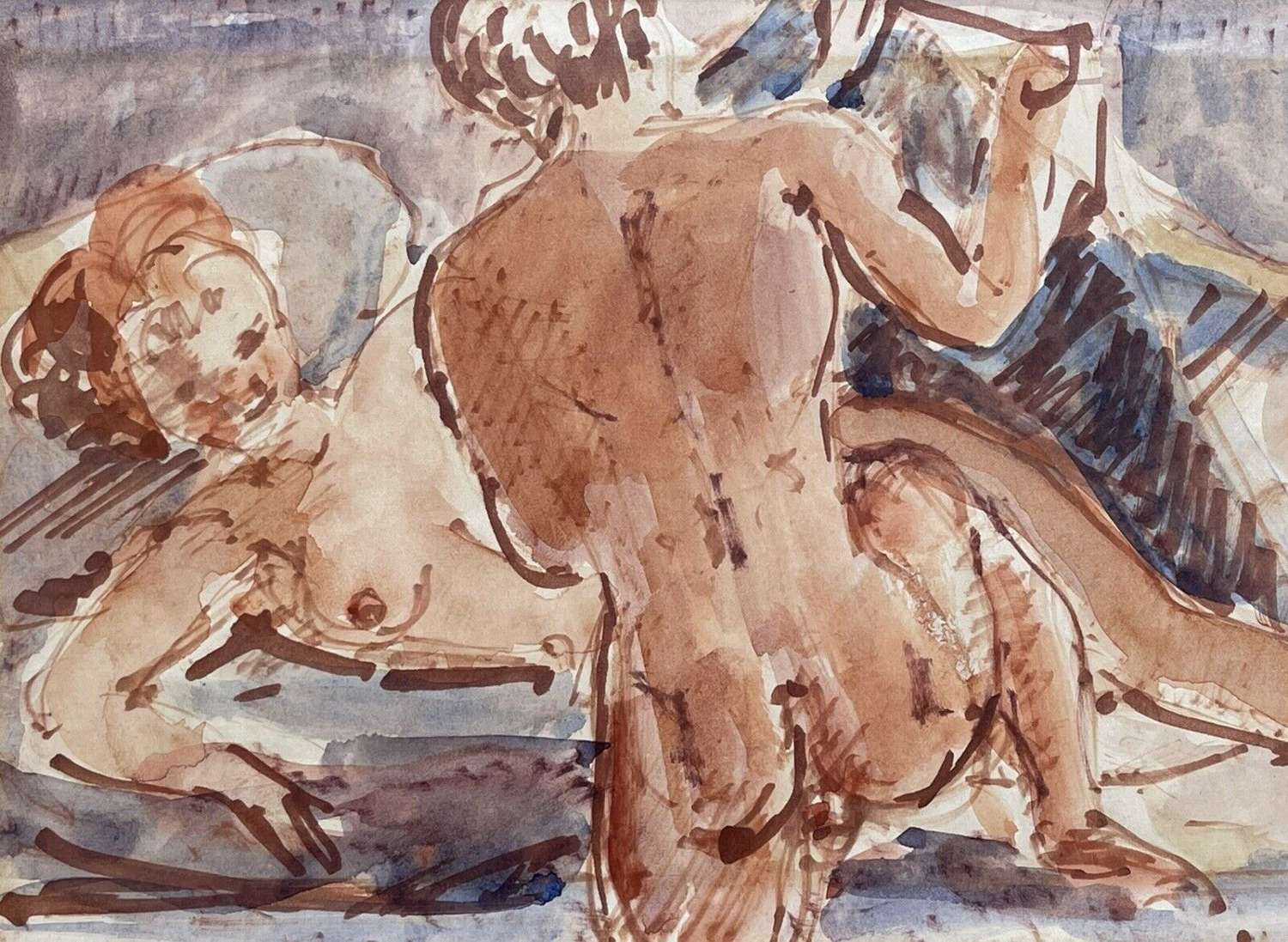 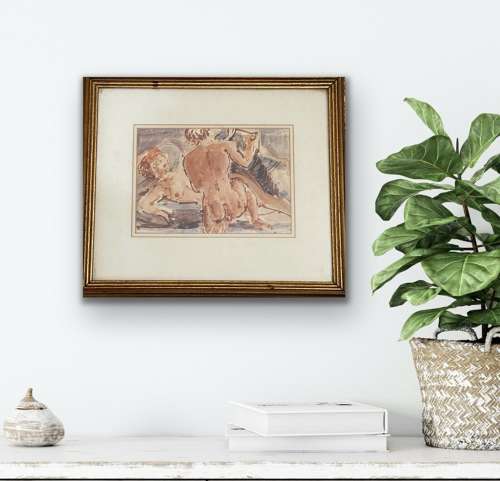 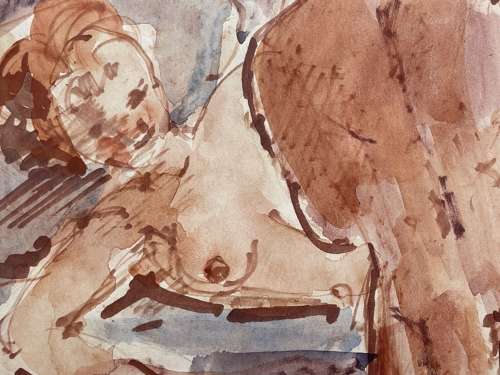 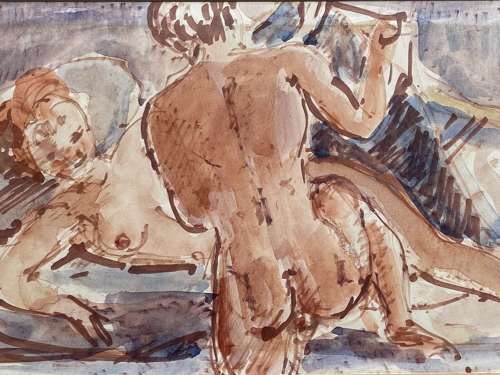 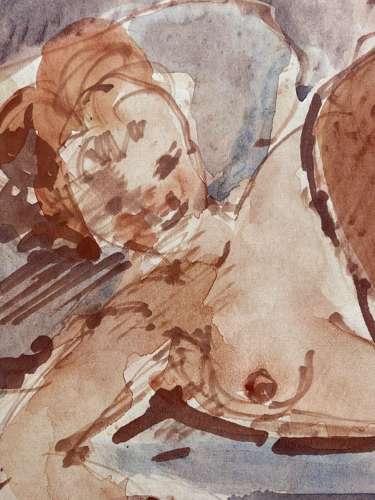 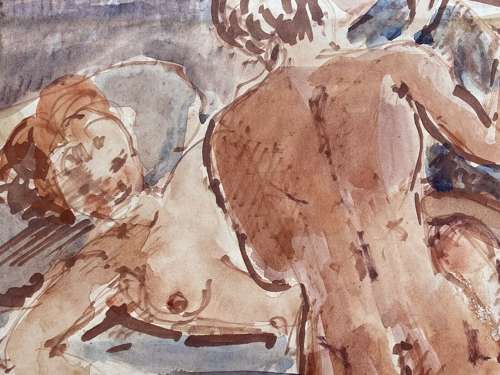 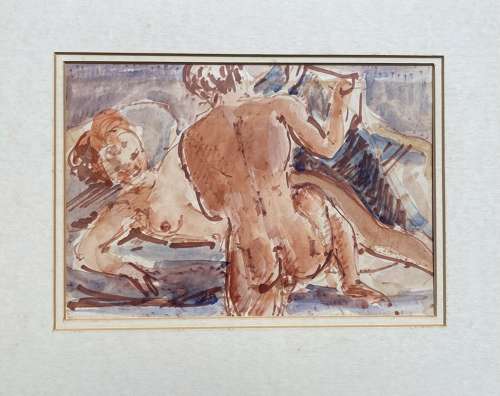 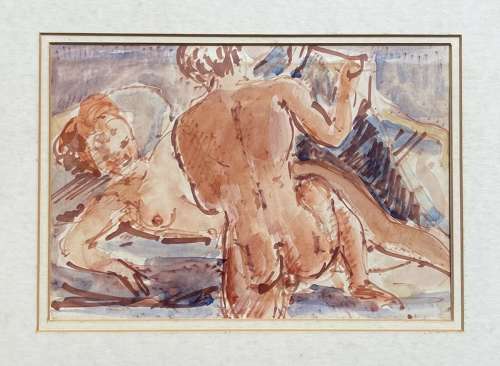 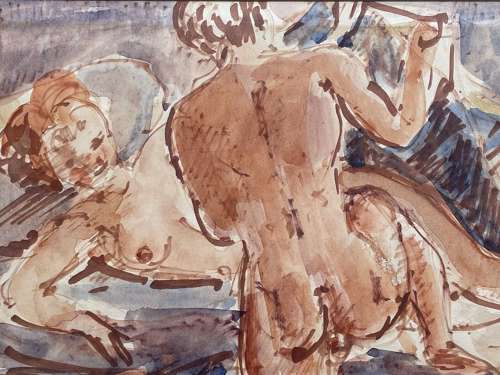 Stuart Scott Somerville, was born at Arksey, Doncaster, Yorkshire on 6 February 1908, son of artist and collector Charles Somerville. Stuart studied under his father and his fascination with the female nude began at the age of 15, he even had his gold medal at one exhibition rescinded when his age was realised, as the subject matter was deemed inappropriate for 'a boy of his years'. This interest was furthered on expedition in East Africa 1934-1935 recording the British Museum expedition.

Although during the last two decades of his life he worked assiduously on the female form, he almost never showed, let alone exhibited these works. A painter of flowers, often eclipsed by his sister Peggy with floral paintings in the Dutch manner, landscapes, figures and interiors, he exhibited at the Royal Academy in 1925 aged 17, the youngest to do so since Edwin Landseer (1802-1873), and continued until 1961, also exhibiting at the Royal Institute of Oil Painters; Royal Hibernian Academy; Royal Scottish Academy and the Fine Art Society.

Although unsigned this lovely watercolour /Gouache is painted on paper and framed in a vintage wooden frame.

Showing a female and male nude study. Beautifully painted with confidence and ease.