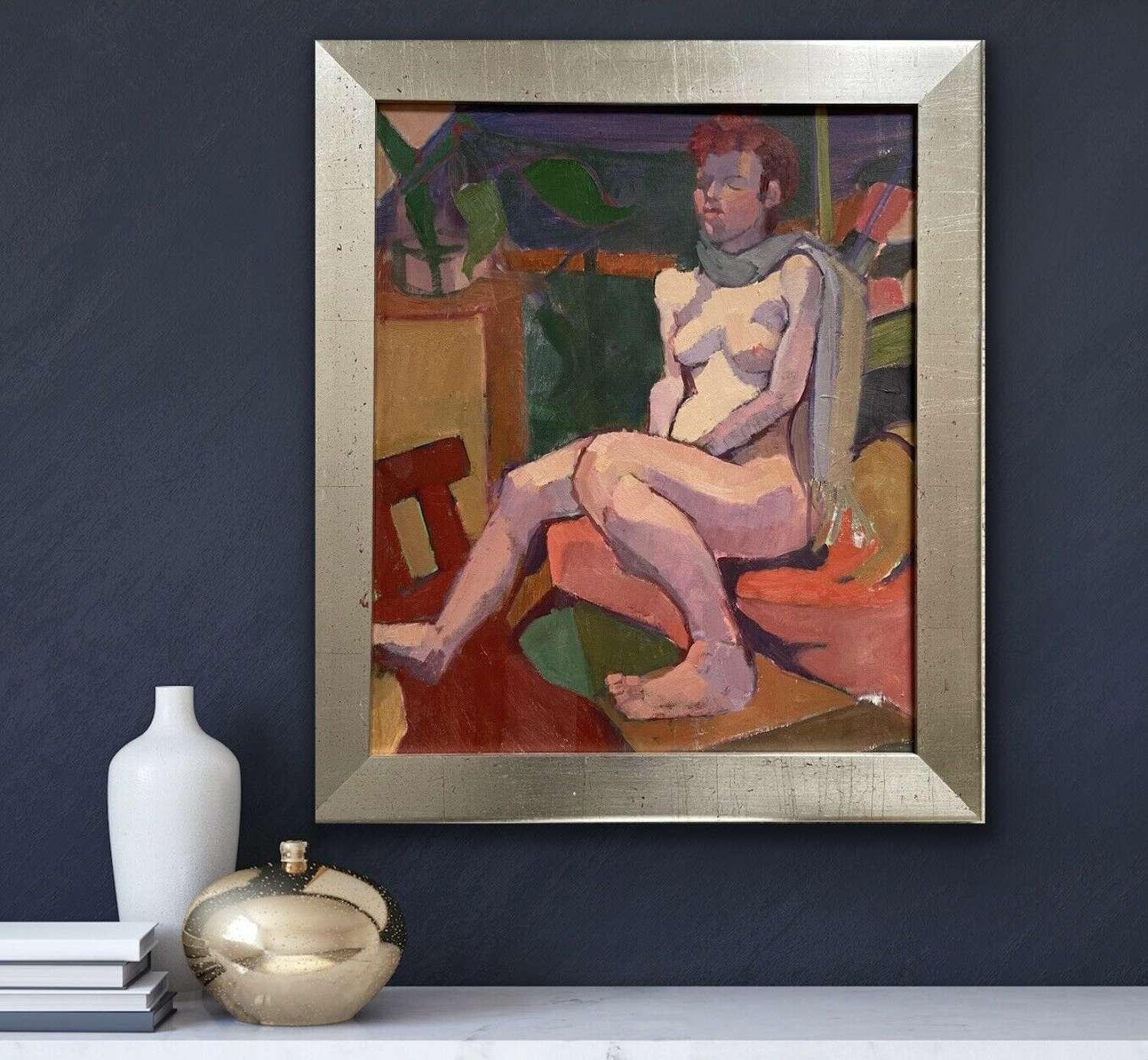 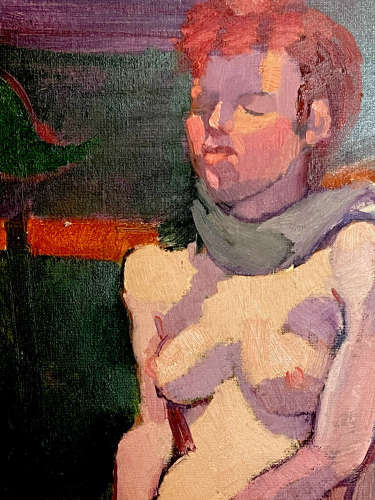 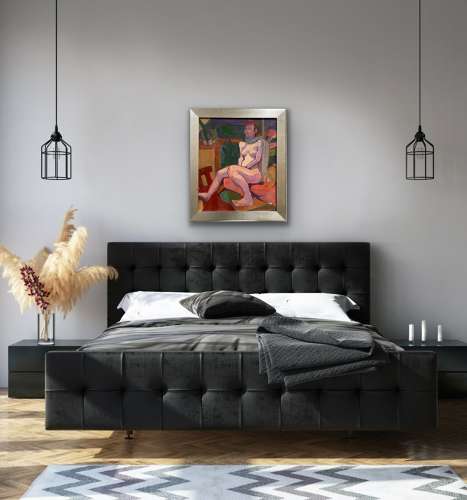 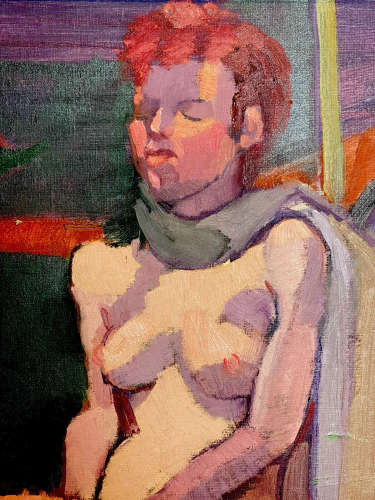 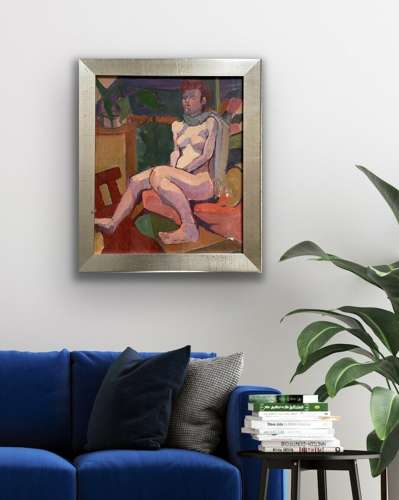 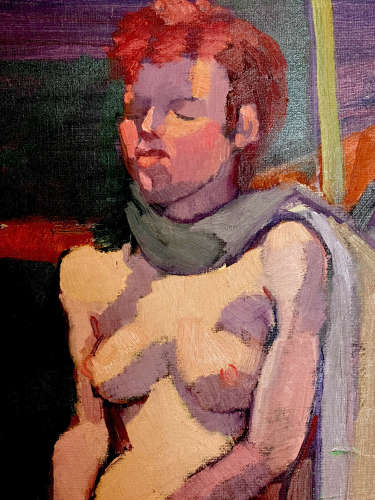 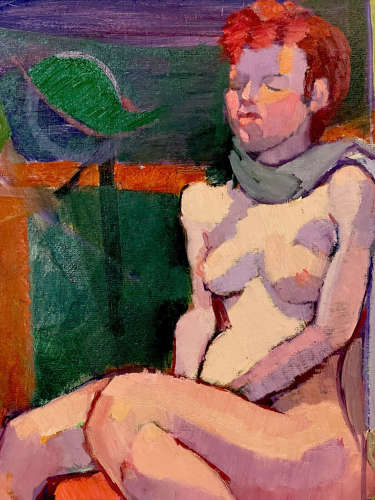 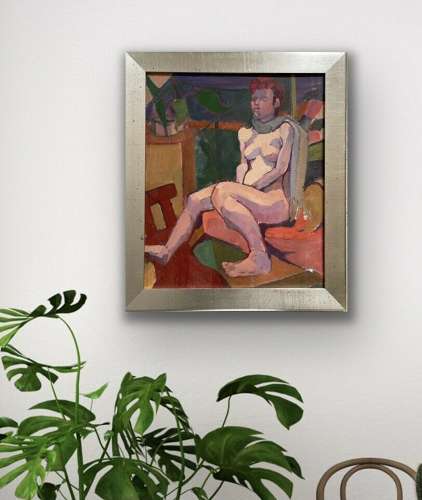 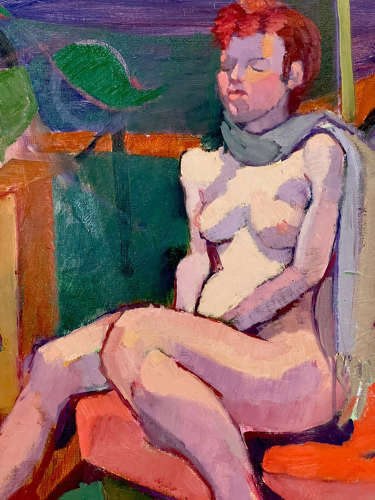 Painted on board and framed in a contemporary wooden golden frame with red splashes to compliment the painting.Measures  60cm x 70cm Shipping will be with a personal courier within the UK included in the price.