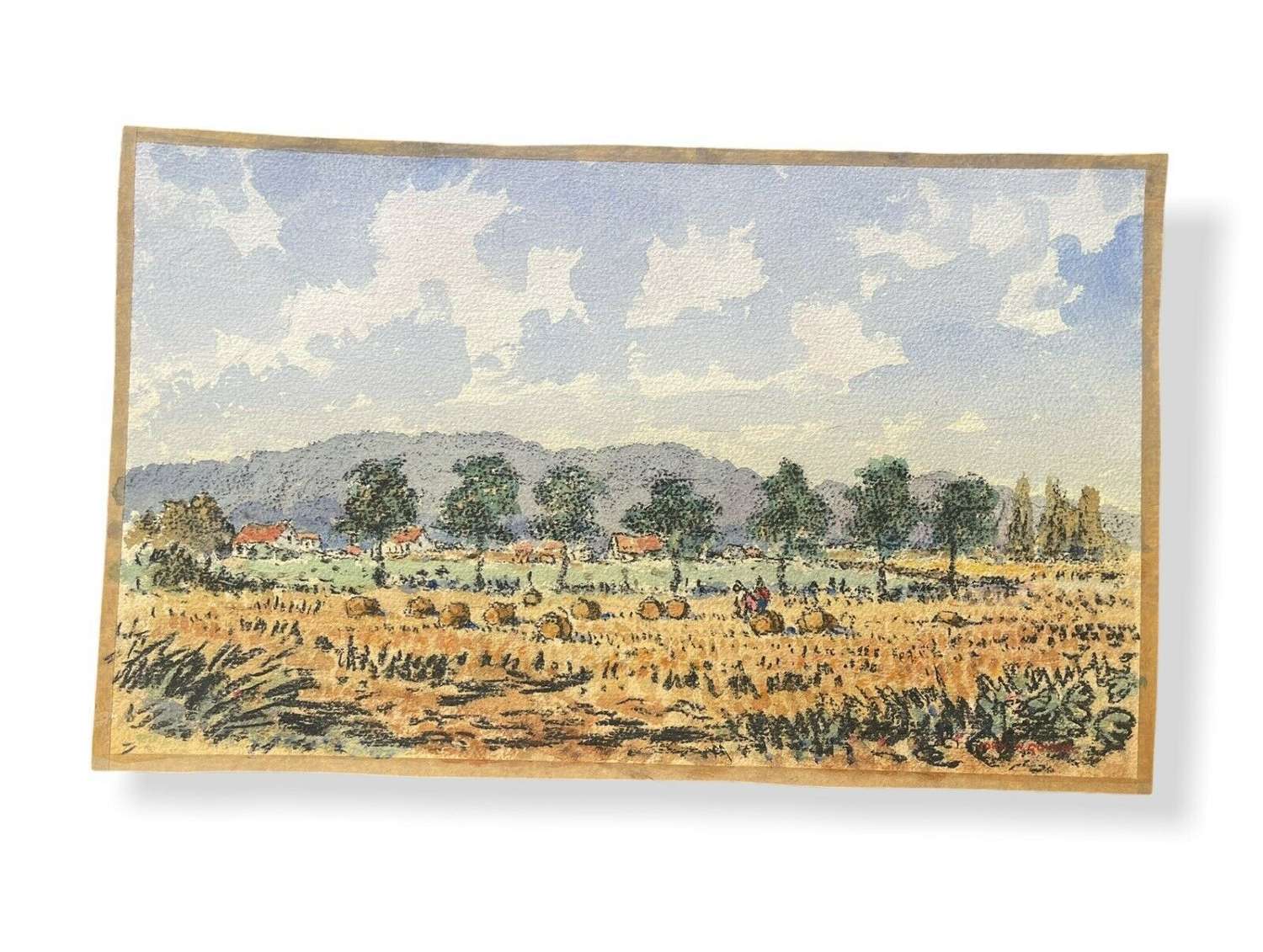 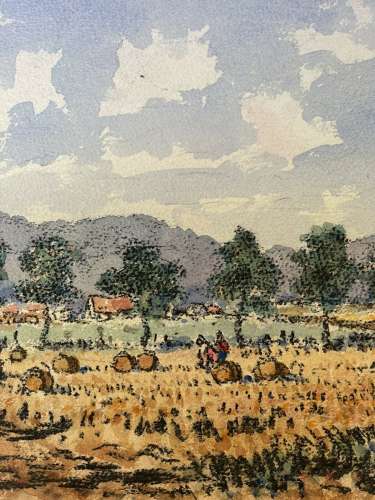 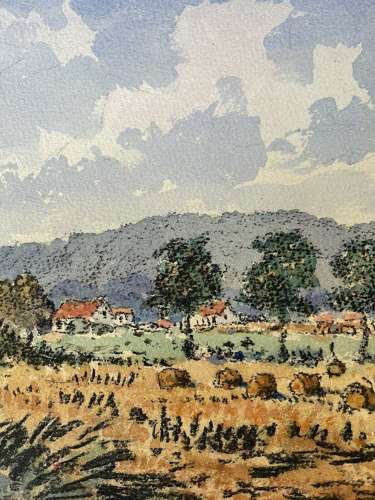 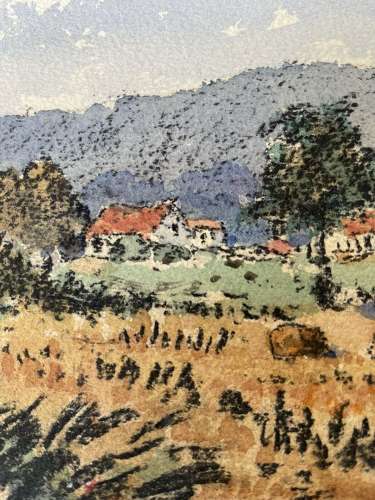 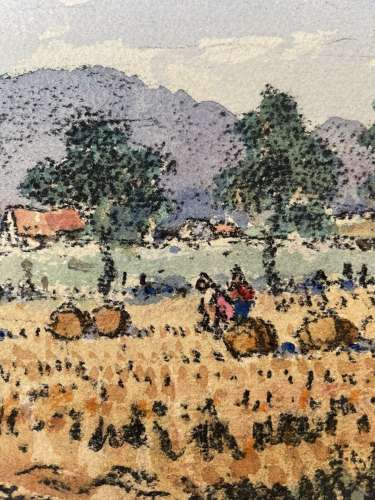 A superb original watercolour painting. Showing bales of hay in the French fields. A lovely late summer scene with beautiful blue skies. Two figures in the foreground wandering thru the fields.