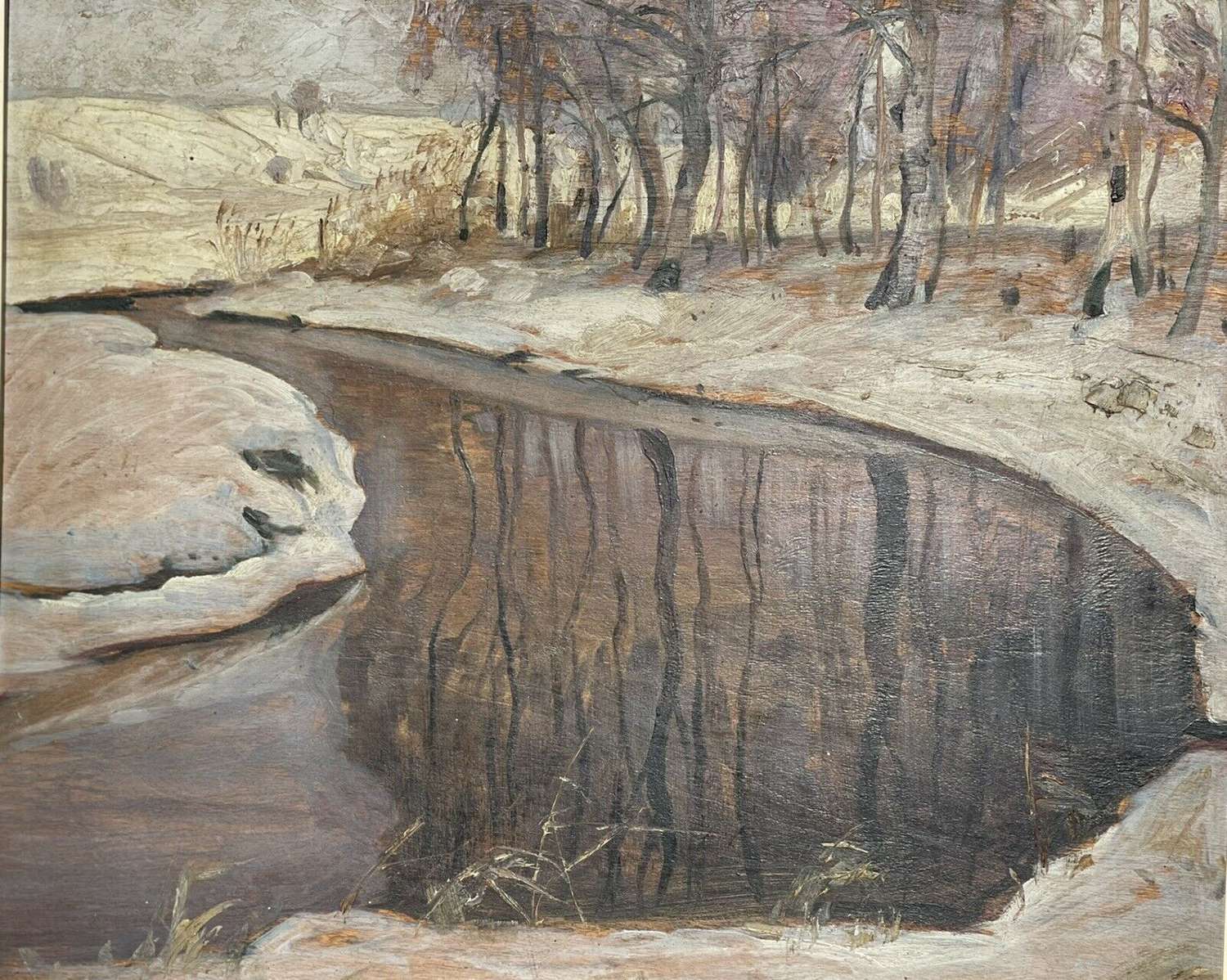 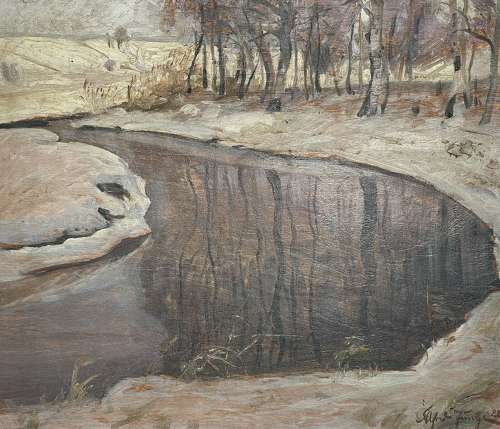 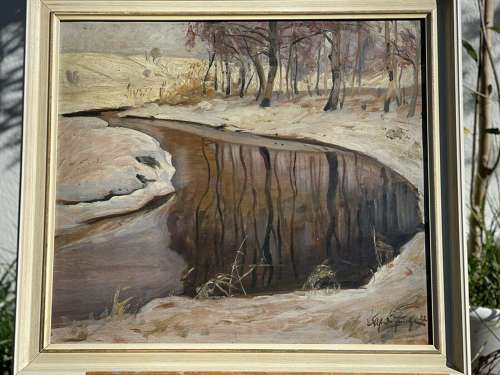 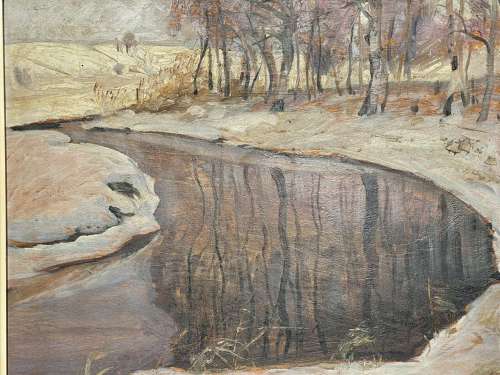 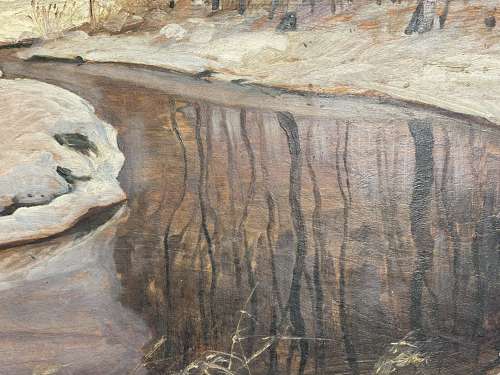 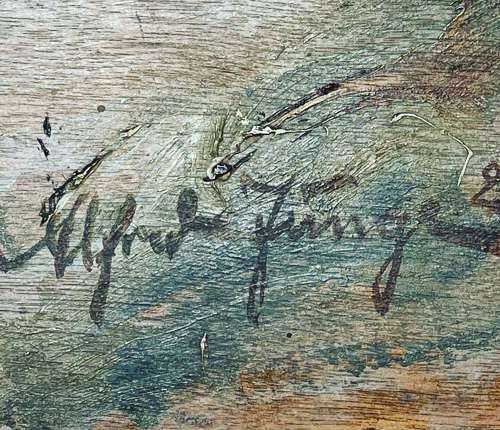 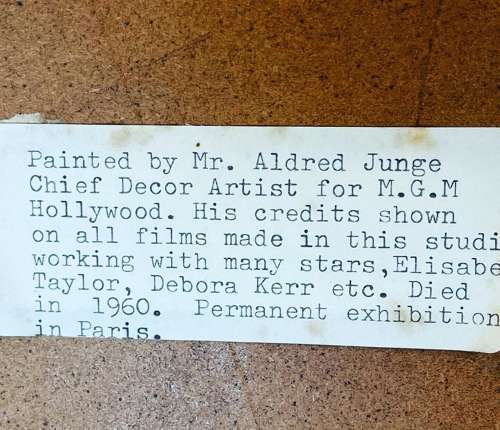 Fabulous oil on board painted by this famous Oscar winning Director in 1922.

Framed in a mid century frame.

Alfred Junge was a German-born production designer who spent a large part of his career working in the British film industry. Junge had wanted to be an artist from childhood. Dabbling in theatre in his teenage years, he joined the Görlitz Stadttheater at eighteen and was involved in all areas of production. Wikipedia