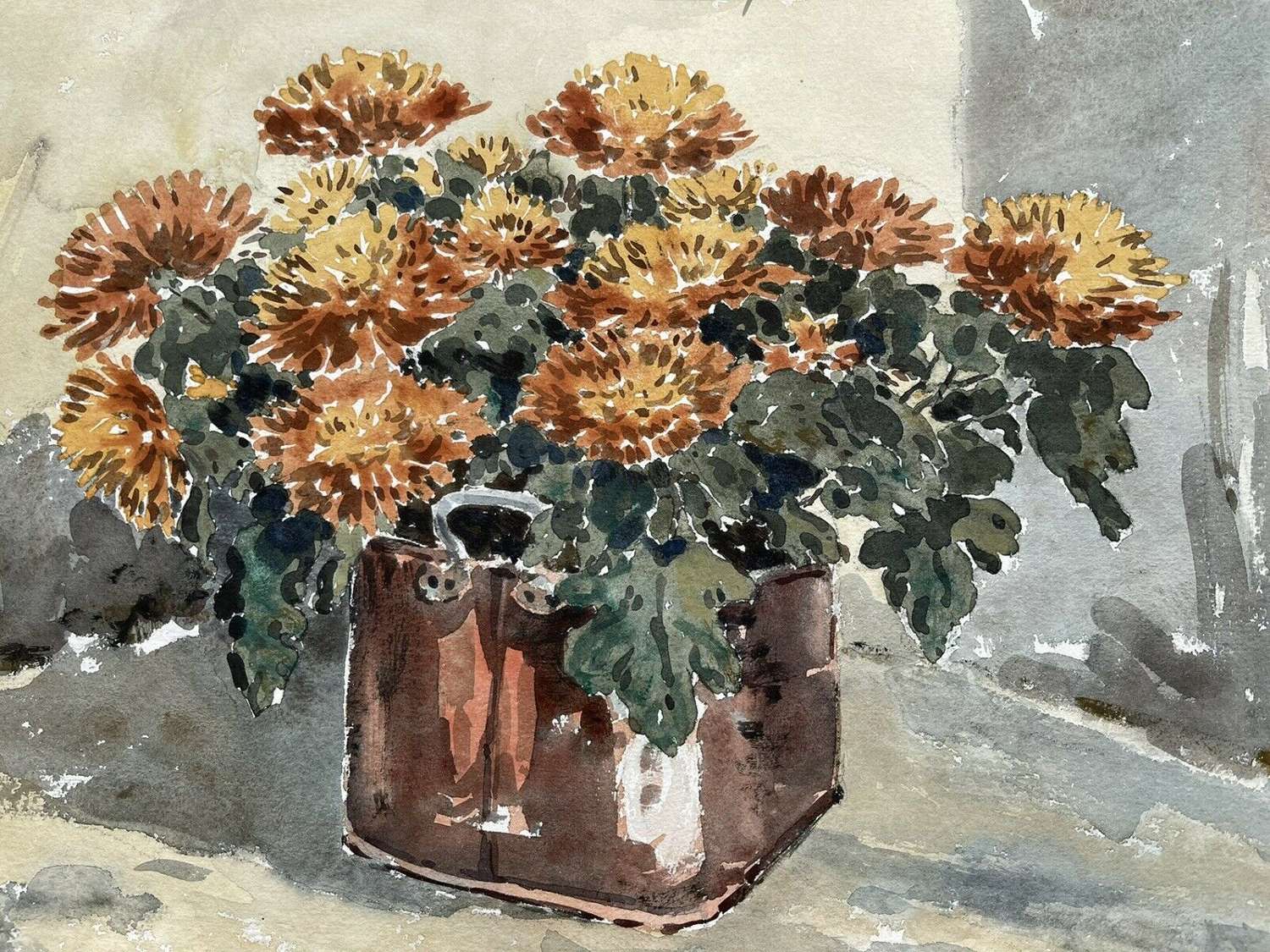 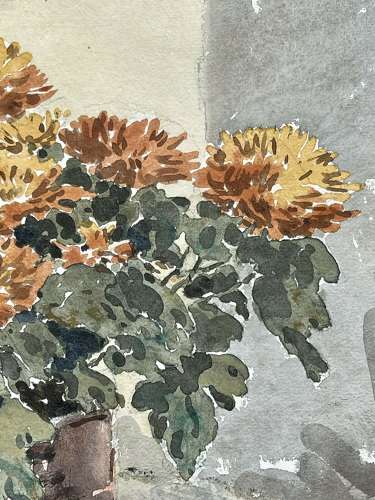 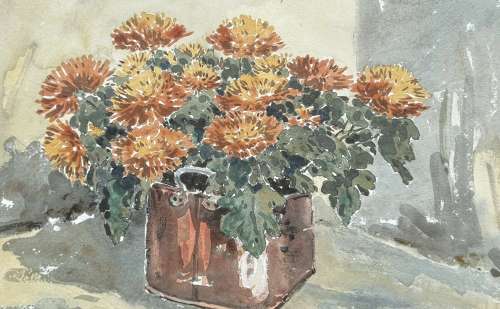 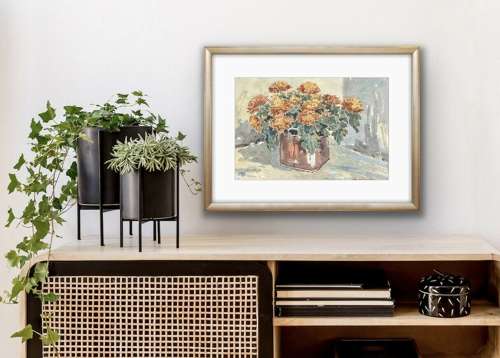 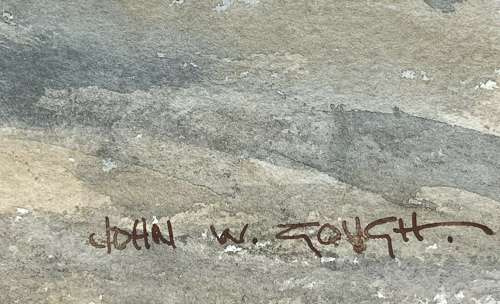 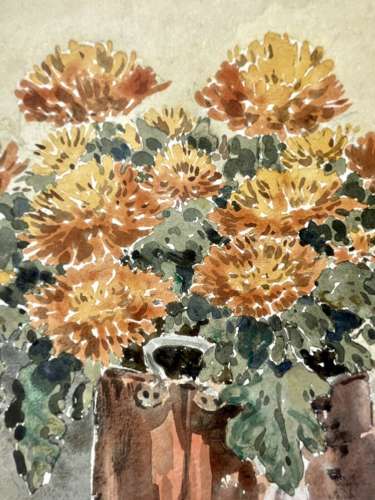 Unframed painted on wove paper. The framed examples are for illustration only so you can get an idea of how this will look framed up under glass.

We see a lovely picture of rich orange Chrysanthemum set off against a lovely old copper planter.